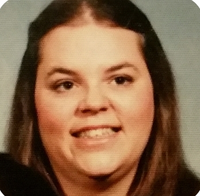 Linda Louise Winslow, 64, of Port Byron, NY passed away on October 19, 2022 at her home. Born in Auburn, she was the daughter of the late Horace and Maxine (Hinton) Winslow. Linda was a 1975 Auburn High School graduate and a member of Purple Lancers. She obtained her LPN from Cayuga Onondaga BOCES and worked at Auburn Community Hospital for many years, and most recently at The Commons . She loved nursing and taking care of others. She hugged everyone that she cared for with her heart. Her main focus and passion was for the geriatric population, especially those afflicted with alzheimer's disease. Linda was a huge Philadelphia Phillies fan and loved music and dancing. She is survived by her children, David (Tracy) Brewer and Crystal (Jeff) Pilat and Brandon Winslow, whom she thought of and loved as a son; a sister Nancy (Donald) Rose; three brothers, Terry (Sue), Charlie (Lilly) and Tom (Cheryl) Winslow; a loving sister in law Kathy Winslow; grandchildren Cassidy Hetrick, Joby and Jake Lenton, Haley and Malory Brewer; a great grandchild Wesley Simchak and an expected great grandchild Everest Simchak; several nieces and nephews and longtime friends, Michelle Smith, Debbie Chamberlain, Debbie Kilmore and John Melvin. She was recently predeceased by her brother Gary Winslow. There are no calling hours. A celebration of life will take place privately in the future. Those wishing may make a contribution in her memory to the Alzheimer's Association.