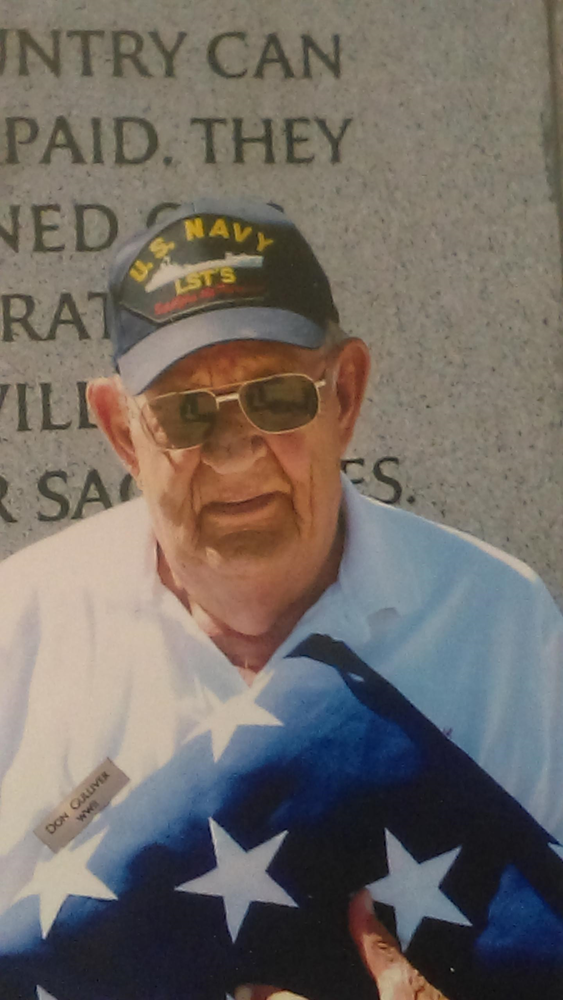 FLEMING / Donald D. Gulliver, 90, of Fleming, passed away Tuesday, August 15, 2017, at his home with his family by his side. Born in Syracuse, New York, he was the son of the late Harry and Lucille Waldron Gulliver. He attended Union Springs Central School and at the age of 17 enlisted in the US Navy. He fought in World War II as a Gunners Mate 3, where he served in the Asian Pacific Theatre. After returning from the war, in addition to working on the family farm, he held serval part time jobs. In 1953, he purchased his own farm in Fleming and continued to grow and prosper, which was the beginning of a long successful career in agriculture. Don was an enthusiastic traveler and an avid golfer. He loved spending winters in Arizona with family and friends. He delighted in time spent with his friends and his enormous family, but most of all, he adored his high school sweetheart and wife of 72 years, Marjorie Whitehead Gulliver. He is survived by his wife, Marjorie Gulliver; his six children, Linda Diehl (Ray), Carol Delaney (Fred), Donna Wood (Richard), Gary Gulliver (Karen), Deborah Collier (Al), Jeffrey Gulliver (Darci). He had 19 grandchildren, 22 great grandchildren and 1 great, great grandchild. He was predeceased by his parents, brother, Richard Gulliver and a great grandchild, Dylan Juhl. There will be no calling hours and a private family service will be held at a later date. Donations can be made to Hospice, 1130 Corporate Drive, Auburn, NY 13021