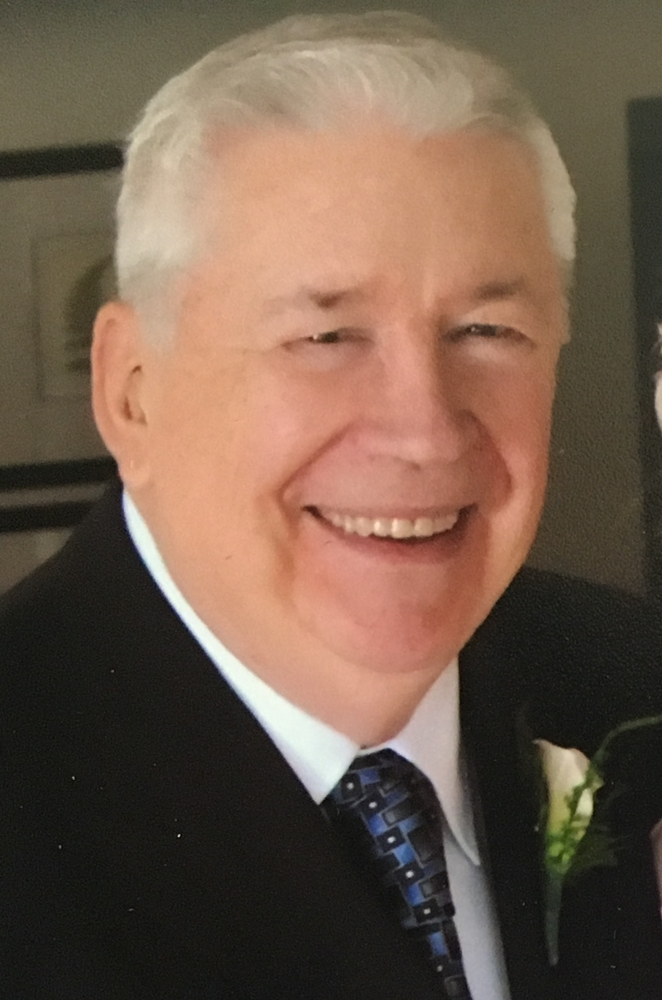 James J. Walsh, 89, passed away peacefully on September 11, 2017 at his home in Bloomfield Hills, Michigan with his loving family by his side. He was born in Auburn, New York on August 4, 1928 to the late Patrick and Florence Learo Walsh. After graduating from St. Alphonsus School, he went on to complete his education at various institutions, eventually becoming a manufacturing engineer. He had a long career in the International Division of Chrysler Corporation which would take him all over the world. On May 5, 1950, he married Margaret (Peggie) McGinn, with whom he spent 61 happy years until her death in 2011. Together, they raised five children and lived in various locations including New York, Michigan, Venezuela, and Puerto Rico. A communicant of St. Owen's Roman Catholic Church in Bloomfield Hills, Jim enjoyed many years of active involvement in the Usher's Club. Being a man of great faith, he loved to start his day by praying the Rosary. He was a longtime member of the Knights of Columbus and had numerous pastimes including golf, bowling, fishing (especially his trips to Quebec), crossword puzzles, and following the stock market. He was a huge fan of the Detroit Tigers and loved going to Comerica Park to watch them play. Most of all, he loved spending time with his family, priding himself on the videos he took as his grandchildren were growing up. Surviving him are his children, Anne Sheaffer, Kim (Bob) Pine, Meg Walsh, Bill (Lori) Walsh, and Amy Walsh; grandchildren, Jessica (Luke) Davis, Michael Sheaffer, Sean Sheaffer, Ryan (Amy) Pine, Jameson Pine, Taylor Pine, Chelsea Pine, Melissa Walsh, Kelsey (Xander) Haglund, Brandon Walsh, and Ciara Walsh. In addition, he leaves behind six great-grandchildren. Along with his parents and wife, he was predeceased by his sister, Helen Ditton, and brothers, Bill, Charlie, and Bob Walsh. Friends are invited to call from 9:30 to 10:45 am at Sacred Heart Church in Auburn, NY on Friday, September 29, 2017. A Mass of Christian Burial will follow at 11 am. In lieu of flowers, contributions may be made to Hospice of the Fingerlakes, 1130 Corporate Drive, Auburn, NY, 13021 in memory of James J. Walsh, or the the charity of one's choice.

Share Your Memory of
James
Upload Your Memory View All Memories
Be the first to upload a memory!
Share A Memory