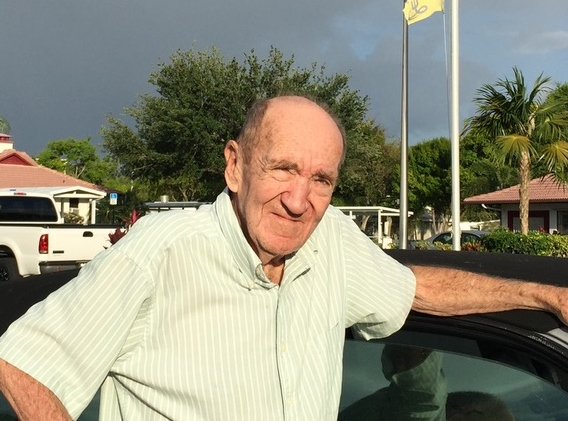 Richard Douglas Ruston Jr, a well known business man who lived in Auburn the majority of his life, sadly passed away at the age of 85 on November 14th, 2017. He was born in Auburn on May 25, 1932. He married Shirley Ross and together they raised 5 children. His children: Richard Douglas Ruston 111 of Auburn, Sharon Ruston of Hawaii, Judy and Michael Honey of Oregon, Sally and Ken Osborne of California and Rosemary and William Cosselmon of Virginia and his beloved dog Buddy will greatly miss him. He has 10 grandchildren. He is best known and will always be remembered as having owned and operated Webster's Restaurant that was opened in 1965. He ran this business until he retired in 1994. He took great pleasure in serving the citizens of Auburn and hired multiple generations of families over the decades. Webster's was originally an ice cream and dairy bar and he developed it into the famed family restaurant that it was known for. He enjoyed cooking, baking, and making ice cream. After retirement, Richard would volunteer to cook for gatherings and friends. In addition to operating the restaurant, he also enjoyed owning and operating a dairy farm along with buying and selling commercial real estate projects. He attended East High School and graduated in 1950. He also attended Hartwick College. While proudly serving in the United States Navy between 1952 and 1956, he was stationed in the Aleutian Islands and the Caribbean. Upon retiring in 1994, he and Shirley moved to Boca Raton, Florida. One of Richard's deep passions was his pursuit and knowledge of U.S. history. He could recite historical events with great accuracy, passion and detail. It was also important to Richard to help those less fortunate. One of his fondest memories of Auburn was fishing on Owasco Lake. Richard will be greatly missed by his family and friends. A memorial service honoring his life will be announced in the upcoming weeks.