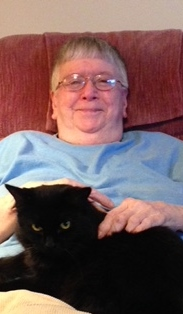 Anne S. Burgess, 79, formerly of Weedsport, passed away Feb. 22, 2018, at Upstate Medical Hospital, Syracuse. Anne was born in Stamford, N.Y., the daughter of the late Clyde and Lucia Coon Burgess. She received her master's degree from Russell Sage College and was employed as a teaching and executive director at Columbia & Greene Co., ARC. She later became a science teacher at St. Mary's in Waterford, N.Y., and retired as a high school science teacher at St. Pius X High School in Houston, Texas. Anne was a member of the National Wild Life Audubon Society; as well as various other environmental groups. She was also a member of D.A.R. and enjoyed bird watching and wood crafting. She once owned and operated a craft store, Answered Prayers, located in Weedsport where she sold and displayed many of her wood creations. Surviving are a brother, Eric Burgess Sr.; a sister-in-law, Shirley Burgess; nieces and nephews, Eric Burgess, Tom Burgess, Mary Mastapeter, Peter Burgess, Debbie Burgess, Dawn Reilley, Richard Burgess Jr., and Yardley Burgess. She was also survived by several great-nieces and nephews. She was predeceased by a brother, Richard Burgess Sr. Friends are invited to visit the family from 10 to 11 a.m. on Friday, March 2, at Langham Funeral Home, LLC, Auburn; followed by a Mass of Christian burial at 11:30 a.m. in St. Joseph's Church in Weedsport. Spring burial will be in Mt. Pleasant Cemetery, Port Byron. Contributions in Anne's name may be made to the Humane Society or to Best Friends Pet Rescue. To leave a condolence or light a candle for Anne, please visit www.Langhamfuneralhomellc.com.

Share Your Memory of
Anne
Upload Your Memory View All Memories
Be the first to upload a memory!
Share A Memory