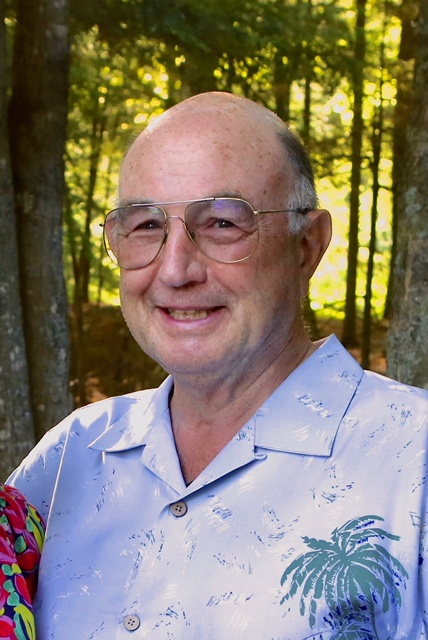 Please share a memory of John to include in a keepsake book for family and friends.
View Tribute Book
John "Jack" Bisgrove, Jr., 79, lifelong native of Auburn and husband of Marsha Coleman Bisgrove, succumbed to cancer on Sunday, November 4, 2018 at home surrounded by his loving family. He was the son of the late Irene (Nolan) and John Bisgrove, Sr. Jack graduated in 1958 from Cranwell Prep School in Lenox, MA, and attended John Carroll College in Cleveland, OH. He returned home to work with his father and brother in the family trucking business, Red Star Express Lines, eventually leading the expanding company as president & CEO. After retiring from the trucking industry, he focused his entrepreneurial talents toward his love for nature, establishing Sunrise Farm in Owasco. Always dedicated to the Auburn community, Jack served on the boards of Cayuga and First Niagara Banks, and as a trustee for Cayuga Community College Foundation. He supported the creation of the Music Theatre Festival and founded the Everest Foundation which supports Champions for Life, the Brian Bisgrove Home of Courage, Everest Park, and Catholic education. In 2008, Jack & his brother Jerry collaborated to establish The Stardust Foundation of Auburn, NY. More recently, he founded Locate Finger Lakes, an organization which supports economic development in the greater Finger Lakes Region. Jack was a communicant of St. Mary's Church. His passion for the Catholic Faith was manifested in his commitment to local parishes, his involvement in Catholic education, evidenced by his 30 year tenure of leadership on the board of Northeast Catholic College, Warner, NH and his support for the Legionaries of Christ, especially their work with youth and the formation of priests. Jack's greatest love was his family. He spent many hours sharing his faith, his love for the outdoors, and his Italian Heritage with his children and his 20 grandchildren. Always the philosopher and mentor, Jack loved to discuss the dignity and value of every human person, and he led by example in all his interactions. His kindness, generosity, and sincerity continues to give everyone who knew him "big shoes to fill." He lived by his motto: "Aspire to Inspire before I Expire." In addition to his loving wife of 54 years, he is survived by a son, John Bisgrove III; three daughters, Laura (Kenneth) Boyd and their children Jeffrey, Amanda and Brian; Sherry (Kevin) Panas and their children Sgt. Joshua,USMC, LCPL Isaac,USMC, LCPL Dominic,USMC, Paul, Angela, Matthew, Maria, Andrew, Maggie and Jack; Rhonda (Thomas) Maier and their children A1C Joseph,USAF, Johnpaul, Christopher, Thomas, Stephen, Benedict and Patrick; a brother Jerry Bisgrove ; sisters Betty Jean Kinsella and Mary Lou Jones, several nieces, nephews and cousins. In addition to his parents, Jack was predeceased by his son Brian R. Bisgrove in 1998 and by brothers-in-law, Dr. Gerard Kinsella and W. Stanley Jones. Calling hours for Jack will be held from 3 to7pm Friday November 9 at St. Mary's Church, 15 Clark St, Auburn. A Mass of Christian Burial will be celebrated Saturday November 10 at 11am, followed by private burial in St. Joseph's Cemetery. In lieu of flowers, contributions may be made to the Brian Bisgrove Home of Courage, a respite home for families with children who have life threatening illnesses or serious medical conditions (www.homeofcourage.com), and can be mailed to Champions For Life, Inc., 453 Grant Ave., Auburn, NY 13201. Please visit www.Langhamfuneralhomellc.com to leave a condolence or memory for the family.
To send flowers to the family or plant a tree in memory of John Bisgrove, please visit Tribute Store

Look inside to read what others have shared
Family and friends are coming together online to create a special keepsake. Every memory left on the online obituary will be automatically included in this book.
View Tribute Book
Services for John Bisgrove
There are no events scheduled. You can still show your support by sending flowers directly to the family, or planting a memorial tree in memory of John Bisgrove.
Visit the Tribute Store