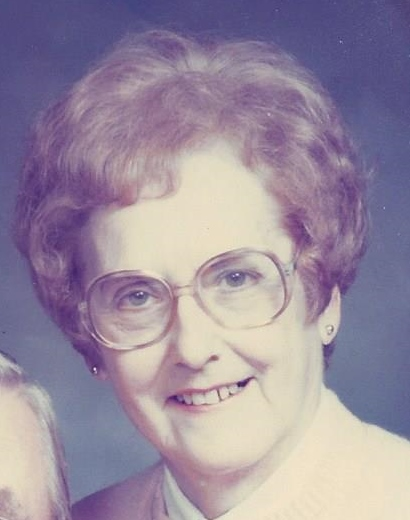 GRACE M. REESE OWASCO – Grace Mildred Benjamin Reese, 96, of Owasco, passed away peacefully Wednesday, December 5, 2018. She was born March 7, 1922, the daughter of the late George and Augusta Lawton Benjamin of Scipioville. Grace was a graduate of Emily Howland Central School. Grace enjoyed many activities in life, including gardening, crafts, and knitting; was an active member of the Cayuga County Home Bureau, and was an avid NY Yankees and SU Basketball fan. Grace was one of the founding members of the Auburn Sports Boosters. In the 1950s and 1960s, Grace enjoyed family time at their camp on Plaster Point in Union Springs. In the 1970s, Grace was introduced to the game of golf, and along with her husband, Bill, and many good friends, became a long-standing and active member at Highland Park Golf & Country Club. The 1980s and 1990s were a time when Grace & Bill enjoyed wintering in Florida. Grace is survived by one daughter, Cynthia A. Watkins and her husband Willis; two sons, William J. Reese and his wife Debra, and Douglas M. Reese and his wife Nancie; nine grandchildren, Susan M. (Kenneth) Carter, Thomas R. (Stephanie) Watkins, Tammy L. Reese, Kimberly S. (Gordon) Phillips, Julie A. (James) Lee, Courtney L. (Brandon) Mallory, Elizabeth A. (Steven) Sywyj, Abigail L. (Manu) Sebastian, and Sarah J. Reese; twelve great-grandchildren (Kathryn, Daniel, Gregory, Katie, Isabel, Tristan, Ruby, Reese, Lucas, Grace, Clara, and Madeline), and five great-great-grandchildren. In addition to her parents, Mrs. Reese was predeceased by her husband of 69 years in 2009, William L. Reese, and a grandson in 1969, William J. Reese, Jr. Visitation will take place from 10AM to 11AM on Wednesday, December 12, 2018, with a service to follow at 11AM at the Langham Funeral Home, East Genesee Street, Auburn. Interment will be at Lake View Cemetery, Fleming. Grace has joined all her fellow golfers who have passed, at their favorite course in heaven. There to meet her was an angel, her husband Bill. Cart ready. Clubs loaded. After teeing off, they headed down the fairway together for the first time in many years. As they looked at each other with joyful smiles, all anyone could hear was the angel remark, "One More Day!" Expressions of sympathy may be made to the Owasco Volunteer Fire Dept. Number 1, 7174 Owasco Road, Auburn, NY 13021.

Share Your Memory of
Grace
Upload Your Memory View All Memories
Be the first to upload a memory!
Share A Memory