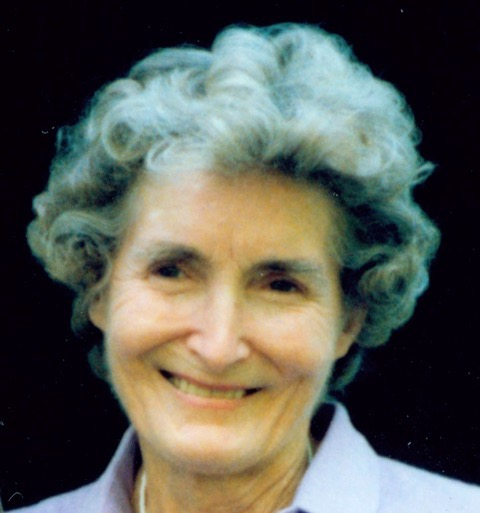 Please share a memory of Elizabeth to include in a keepsake book for family and friends.
View Tribute Book

Betty was born on April 4, 1920 in McMinnville, Oregon, to Ernest M. Smith, a Methodist minister, and Irene Hall Smith. The family later moved to southern California, where she spent her high school years in Monrovia and graduated from Whittier College. Betty worked summers in Grand Teton and Yosemite national parks, had a job as a riveter in an aircraft factory, and taught elementary school for several years before marrying Bob Dean, whom she met at a USO dance during World War II. They were married for 60 years and had four children. After Bob finished his graduate studies in 1946, they moved back to Auburn, where Bob resumed coaching football and baseball for the Auburn high schools and had a distinguished coaching career. It has been said "behind every good man, there is a good woman." Betty was often cited as being that "good woman" behind Coach Dean. She was a strong supporter of the sports teams and enjoyed attending local class reunions with Bob.

Betty taught elementary school for many years in the Auburn public schools, including Central, Seward, Genesee, and Herman Avenue, and continued as a substitute teacher after retirement. She was very active at Trinity Methodist Church for many years, including teaching Sunday School and serving as education director and chair of the pastor-parish relations committee. She helped at countless bake sales, Election Night suppers, and church fairs over the years. She also volunteered for the Cayuga Museum, the Cayuga County Office of Tourism, and the Faatz-Crofut Home, and provided volunteer income tax assistance for over 25 years. She was an avid bridge player and played in a number of local bridge groups, where she made life-long friendships.

Betty was cheerful, optimistic, energetic, and kind-hearted. She was rarely idle and always ready to help wherever she saw a need. She had broad interests and was very loyal to the people and organizations she helped. She was pleased to receive a State of New York volunteer award and attend a lunch at the Governor's mansion.

Betty was predeceased by her husband Robert in 2005 and her son Frederick in 2009. She is survived by her daughter Barbara Garrett of Edmonds, Washington; daughter Diana Dean of Seattle; son Donald Dean and daughter-in-law Natalie Macris of the San Francisco Bay Area; two grandchildren; and six great-grandchildren.

The family would like to thank the staff of Westminster Manor and the Finger Lakes Center for Living in Auburn for their attentive care of Betty in recent years.

A celebration of Betty's life will be held at Auburn United Methodist Church, 99 South St., Auburn, at 1 p.m. on April 4, 2019, which would have been her 99th birthday.

Contributions in Betty's memory may be made to the Bob Dean Scholarship Fund (Auburn School District, 78 Thornton Ave.), Auburn United Methodist Church, or Guiding Eyes for the Blind.

To send flowers to the family or plant a tree in memory of Elizabeth Dean, please visit Tribute Store

Look inside to read what others have shared
Family and friends are coming together online to create a special keepsake. Every memory left on the online obituary will be automatically included in this book.
View Tribute Book
Services for Elizabeth Dean
There are no events scheduled. You can still show your support by sending flowers directly to the family, or planting a memorial tree in memory of Elizabeth Dean.
Visit the Tribute Store

Share Your Memory of
Elizabeth
Upload Your Memory View All Memories
Be the first to upload a memory!
Share A Memory
Send Flowers
Plant a Tree