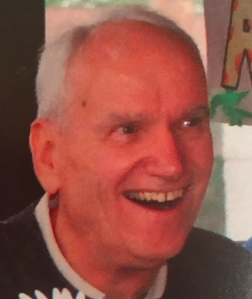 Please share a memory of Scott to include in a keepsake book for family and friends.
View Tribute Book

Scott Durnford Barnes, 74, of Auburn, passed away on February 11, 2019 due to complications associated with Parkinson’s disease.

Scott was born in Richland Center, Wisconsin, and grew up on the South Side of Chicago. His mother, Doris, and his father, Bill, pushed him to go to college. At Ripon College he fell in love with economics…and with Sherie Kirshner. After getting married and obtaining his bachelor of arts in economics in that order, he continued his education, receiving a masters degree in economics at the University of Tennessee, Knoxville.

Scott was a respected professor at Cayuga Community College in Auburn, where he taught economics and business for thirty years. Generations of students knew him as a teacher who held them to high standards and who cared deeply about their growth. He also served as President of the College Faculty Association for seventeen years. During this time, he was admired throughout the New York State higher education system as a skilled and tenacious negotiator, and the contracts he helped to forge became models for other agreements.

Scott was happy being outdoors - whether in solitude or with family and friends. He was an avid camper, canoeist, snowshoer, hunter, and fly fisherman. He shot skeet weekly for decades.

Scott also loved to collect. He assembled a collection of rare 18th Century New Jersey Copper pennies that became known as the “Scott Barnes Collection.” His son Bill fully endorsed Scott’s addiction to buying boots, as he was the recipient of the generous overflow. Not to be outdone, daughter Carol provided a home for many pieces of furniture her parents acquired as part of their spirited antique business. Antiquing kept Scott and Sherie busy for years in retirement as they happily hunted the next great deal.

Scott will be remembered for the playful twinkle in his eye and his sense of humor, his intellect and his fierce curiosity, and his genuine interest in other people.

He is survived by Sherie, his loving wife of 54 years; his son and daughter-in-law, Bill and Julie Barnes; daughter and son-in-law, Carol and Mark Johnson; and his grandchildren Henry and Frannie Johnson and Scott and Tessa Barnes.

A gathering in his honor will be held at the Springside Inn on Saturday, February 16th, from 11:00-1:30 pm. Please come and share your remembrances of Scott with his family.

To send flowers to the family or plant a tree in memory of Scott Barnes, please visit Tribute Store

Look inside to read what others have shared
Family and friends are coming together online to create a special keepsake. Every memory left on the online obituary will be automatically included in this book.
View Tribute Book
Services for Scott Barnes
There are no events scheduled. You can still show your support by sending flowers directly to the family, or planting a memorial tree in memory of Scott Barnes.
Visit the Tribute Store

Share Your Memory of
Scott
Upload Your Memory View All Memories
Be the first to upload a memory!
Share A Memory
Send Flowers
Plant a Tree