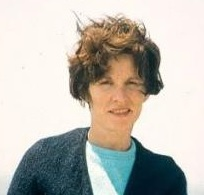 Please share a memory of Josephine to include in a keepsake book for family and friends.
View Tribute Book

Josephine “Angela” Mannas Rowley, 86, passed away peacefully March 3, 2019, after a brief illness. She was surrounded by her loving family, including her husband, their children and grandchildren, and many other family members.

Angela was born in Tulsa, Oklahoma, and grew up in Tulsa and Independence, Kansas, before attending Saint Louis University in St. Louis, Missouri, to complete her B.S. degree in Nursing. She worked as a psychiatric and intensive care nurse until 1955 when she met and married her husband, Joseph F. Rowley MD. In 1956, the couple moved to Auburn, New York, where they would raise eight children, all of whom graduated from St. Alphonsus/Blessed Trinity School. Angela and Joseph were parishioners of St. Alphonsus Church for more than 50 years.

Those fortunate enough to have known Angela will remember her dry wit, her infectious laugh, and, above all, her kind and generous spirit. Always willing to help a soul in need, she was also an optimist who met every challenge with unflagging determination. Her mother, who passed when Angela was just 2 years old, was a concert pianist and from her Angela must have gotten her love of the arts. She instilled in her children this love, particularly for musical theater at the Merry-Go-Round Playhouse. The influence of her passion extended to her grandchildren, with two professional musicians among them.

Painting was one of Angela’s lifelong passions, and she would give away her paintings nearly as fast as she could complete them. Every one of her children, in-laws, grandchildren, great-grandchildren, and many friends would invariably receive a hand-painted card for any special occasion.

Owasco Lake held a precious place in her heart and she spent nearly all of the past 53 summers at the family lake house (The Camp). She loved the Finger Lakes, where the landscape and water were so different from the plains of Kansas. One of her great passions was sailing and she eagerly accepted any opportunity to sail, even taking her last ride on the Sunfish after turning 85. Over the decades she was active in various organizations in Auburn, including the Women’s Auxiliary at Auburn Memorial Hospital and Camp Columbus. She also never missed a chance to volunteer for a school function.

No roles mattered more to Angela and Joseph than those of parent and grandparent. In a chaotic household with eight children, Angela had an uncanny knack for making sure every child felt as if they were the sole object of Mom’s love. None of her children can ever remember there not being a plate of dinner waiting for them in the oven whenever they got home. And no one ever was allowed to eat alone; Mom was always there to sit by your side. She gave to her children to the end, offering each of us time to offer our love, to hold her hand, and to pray for her.

She was predeceased by her parents, Francis Leo and Lucia Ann Funke Mannas, as well as her brother Francis C. “Tex” Mannas. Her husband Joseph is currently a resident of Cohoes, New York. Their 63 years of marriage were filled with love, laughter and joy. They both knew the day they met in 1955 that they had found their one true love. And so it remained until the end.

Angela’s family will greet friends to celebrate her life from 11:30 a.m. to 12:30 PM March 16, 2019, at St. Alphonsus Church in Auburn, NY. A funeral mass will immediately follow. In lieu of flowers, the family kindly requests any memorial donations be made to the National Multiple Sclerosis Society or St. Joseph School in Auburn, New York.

To send flowers to the family or plant a tree in memory of Josephine Rowley, please visit Tribute Store

Look inside to read what others have shared
Family and friends are coming together online to create a special keepsake. Every memory left on the online obituary will be automatically included in this book.
View Tribute Book
Services for Josephine Rowley
There are no events scheduled. You can still show your support by sending flowers directly to the family, or planting a memorial tree in memory of Josephine Rowley.
Visit the Tribute Store

Share Your Memory of
Josephine
Upload Your Memory View All Memories
Be the first to upload a memory!
Share A Memory
Send Flowers
Plant a Tree