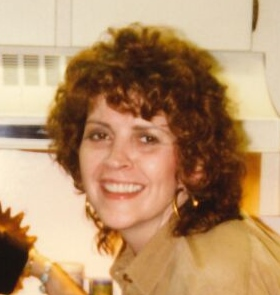 Patricia M. Mosher Patricia Mary Mosher, 66, of Orlando, Florida, formerly of Auburn and Syracuse, passed away November 30th, 2018 in Orlando. The eldest daughter of the late Glenn L. and Vera Lusk Mosher, Patricia was born in Auburn, New York on July 22, 1952. She was a graduate of Auburn East High School and Central City Business Institute (CCBI). Patricia was employed by Dr. Ronald Miller in Syracuse before moving to Florida in 1979. She lived in the Orlando area until her death. Patricia worked for several law firms in Orlando, including Rumberger, Kirk & Caldwell and Broussard, Cullen, & Blastic, P.A., retiring in 2017. Patricia is survived by her sisters, Susan M. McNeill of Liverpool and Shelley M. Forsythe and her husband, Rob, of Freeville; her nephew, Ian J. Forsythe and niece, Anna E. Forsythe; aunt, Helen Mosher; many dear cousins and her wonderful friends in Orlando. A memorial service for Patricia will be held on Thursday, May 9th, at 11:00 a.m. at The Episcopal Church of SS Peter and John, 169 Genesee Street, Auburn, New York 13021. Burial will take place in Fort Hill Cemetery. Memorial contributions may be made to The Episcopal Church of SS Peter and John. Langham Funeral Home, LLC has charge of arrangements. Please visit www.Langhamfuneralhomellc.com to leave a condolence.

Share Your Memory of
Patricia
Upload Your Memory View All Memories
Be the first to upload a memory!
Share A Memory