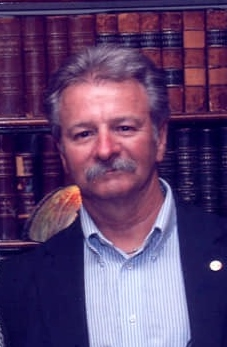 Please share a memory of Douglas to include in a keepsake book for family and friends.
View Tribute Book

Douglas L. Parker, 68, of 11 Evans St, Auburn, passed away suddenly July 16th 2019. Born in Auburn, after graduating from West High School in 1968, he went on to graduate from Auburn Community College and Syracuse University police academy. Doug began his 40 year career as a patrolman in 1972. He became a beat cop back when walking down State Street in the rain or shine was a real thing, no matter what the wind chill. He retired as a detective in 2012. His service and dedication to his community to defend the weak against the strong and to fight for what was right was noticed and admired by many. He broke barriers between the police and other social groups during times when tensions were high which helped heal a broken community. His service and dedication to the City of Auburn will never be forgotten.

Doug was a committee member of the Auburn Zoning Board and he became an integral part of the executive board of The Hospice Of The Finger Lakes after the illness and death of his sister Debra. The annual Christmas tree lighting at Hoopes Park was one of his favorite times of the year.

He enjoyed car shows and motorcycle trips. He cleaned a different car every day of the week accompanied by a different genres of music that the whole neighborhood could enjoy. In the 1980's he was all about the lake life, boating with family and friends. Easing into the 1990's he was all about the motorcycle lifestyle. Enjoying the yearly runs to Key West with his closest friends, and looking forward to his third trip to Sturgis before his untimely death. He loved to watch animal wildlife in his own backyard and feeding the fat squirrels at his bird feeders. Gardening, planting tomatoes, and landscaping his yard every year were some of the highlights of his summer.

He looked forward to summer cookouts, and the past few Christmas's with his mom, wife and kids. Trips to Europe were special times for Doug, he always enjoyed driving on the opposite side of the street and he was always up for an adventure. He absolutely loved his Daytona Beach home and embraced the beach life 100% with the rest of the Auburn NY transplants. Doug's sense of humor and ready smile along with his contagious laugh drew people to him. He enjoyed his captive audience at home in the evening watching YouTube videos about anything that caught his fancy while never giving up the remote.

He is survived by his wife Tracey Germano, his Mother Beverly Jackson Parker, his son Evan Parker, his daughters, Stacy Parker (George Istfan), Kendra Parker, ( their mom, Marilyn Kehoskie) and 2 nieces Brooke and Elise. Doug was predeceased by his father Leon Parker Sr. and by his sister Debra L Parker.

Friends are invited to visit the family on Monday July 22nd from 4-7 pm at the Auburn United Methodist church, 99 South St., Auburn. Funeral services will be at 10 Am Tuesday at the church . Burial with be at a later date in Fort Hill cemetery. In lieu of flowers, contributions may be made to the Finger Lakes SPCA at 41 York St Auburn NY, in memory of Doug and his love for animals.

Please visit www.Langhamfuneralhome.com to leave a condolence or memory for the family.

To send flowers to the family or plant a tree in memory of Douglas Parker, please visit Tribute Store

Look inside to read what others have shared
Family and friends are coming together online to create a special keepsake. Every memory left on the online obituary will be automatically included in this book.
View Tribute Book
Services for Douglas Parker
There are no events scheduled. You can still show your support by sending flowers directly to the family, or planting a memorial tree in memory of Douglas Parker.
Visit the Tribute Store

Share Your Memory of
Douglas
Upload Your Memory View All Memories
Be the first to upload a memory!
Share A Memory
Send Flowers
Plant a Tree