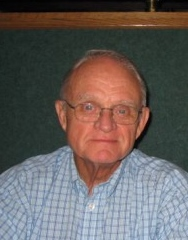 Please share a memory of John to include in a keepsake book for family and friends.
View Tribute Book
John David Underhill, 87, of 9 West Elizabeth St., Skaneateles, passed away July 17, 2019 at Upstate University Hospital. Born in Auburn, he was the son of the late Howard L. and Lavinia (Pace) Underhill. John was a 1950 graduate of East High School, a 1954 graduate of St. Lawrence University where he was a member of Phi Sigma Kappa, and received his Masters of Accounting in 1955 from Columbia University. John proudly served his country in the US Army before his 35-year career with IBM as a sales and marketing executive. In his earlier years, John was an acolyte at St. Peter's Episcopal Church, a lifeguard on Owasco Lake, an Eagle Scout and the director of his own band, "The Old Lamplighters." In retirement John enjoyed boating on Skaneateles Lake, daily trips to The Skaneateles Bakery, playing his clarinet in the Skaneateles Town Band and spending time at the Skaneateles County Club. John had a deep love and appreciation for the Finger Lakes. Though his career took the family on four international assignments and to many domestic cities, John always knew he wanted to return to this area in retirement. He is survived by his loving wife of 59 years, Gretchen Jensen Underhill; their children, David (Kathleen) Underhill, Susan Grace, Thomas (Marjorie) Underhill, Catherine (Christopher) Stone and John (Lisa) Underhill; 13 grandchildren: Emily, Claire, Kristina, Sarah, Nicholas, Katelynn, Christopher, Caroline, Benjamin, Anna, Victoria, Cate, and Alexandra. And Bingley, a very special and loyal black lab. Calling hours will be Wednesday, July 24 from 4-6pm at Langham Funeral Home, Auburn. A private family graveside burial will take place on Thursday. In lieu of flowers those wishing may make contributions in John's memory to a charity of their choice. Please visit www.Langhamfuneralhomellc.com to leave a condolence or memory for the family.
To send flowers to the family or plant a tree in memory of John Underhill, please visit Tribute Store

Look inside to read what others have shared
Family and friends are coming together online to create a special keepsake. Every memory left on the online obituary will be automatically included in this book.
View Tribute Book
Services for John Underhill
There are no events scheduled. You can still show your support by sending flowers directly to the family, or planting a memorial tree in memory of John Underhill.
Visit the Tribute Store