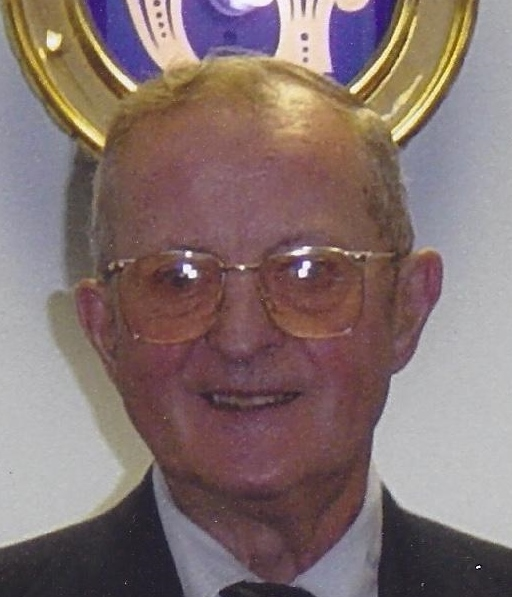 Please share a memory of Donald to include in a keepsake book for family and friends.
View Tribute Book
Donald L. Atkins, 91, passed away November 23rd at his home in Sennett, NY. He was born and raised in Auburn, NY and graduated from Auburn East High School in 1946. Three years later he married the love of his life, Doris Franzel. Donald worked as an electrician at ALCO in Auburn for 42 years. Upon retirement, he enjoyed spending his winters in Fort Lauderdale, Florida with Doris. He cherished his time spent with family. His hobbies included gardening, wine making, playing bingo, and watching Yankee baseball games, always rooting for the opposing team. Donald enjoyed volunteering his time at his local Masonic Lodge. He joined the Masons on July 15, 1995. He served in several elected positions of the Lodge and was the Lodge Master from 1999 to 2000. He was also the Grand Lodge of NY, Grand Director of Ceremonies, for the Cayuga Tompkins District, from 2002 to 2004. In addition to his loving wife of 70 years, Donald is survived by his daughters, Bonnie (Bob) Brown and Tina (John) Kensinger; grandchildren, Crystal (Mike) Fraher, Justin (Beth) Lasher, Joel (Carey) Brown, Casey (Scott) Potter, and Jordan Kensinger; as well as his 15 beloved great-grandchildren. He is also survived by Earl (Diane) Atkins and John (Jessica) Atkins. Calling hours will be held from 11 a.m. to 1 p.m. on Monday, Dec. 2, 2019, with a service immediately following, both to be held at Langham Funeral Home, 75 E. Genesee St., Auburn. Burial will be in the Sennett Rural Cemetery at a later date. In lieu of flowers, please make contributions in memory of Donald L. Atkins to Erie Canal #141 Masonic Hall, 2803 State Route 31 E, Weedsport, NY 13166. Please visit www.Langhamfuneralhomellc.com to leave a condolence or memory.
To send flowers to the family or plant a tree in memory of Donald Atkins, please visit Tribute Store

Look inside to read what others have shared
Family and friends are coming together online to create a special keepsake. Every memory left on the online obituary will be automatically included in this book.
View Tribute Book
Services for Donald Atkins
There are no events scheduled. You can still show your support by sending flowers directly to the family, or planting a memorial tree in memory of Donald Atkins.
Visit the Tribute Store

Share Your Memory of
Donald
Upload Your Memory View All Memories
Be the first to upload a memory!
Share A Memory
Send Flowers
Plant a Tree