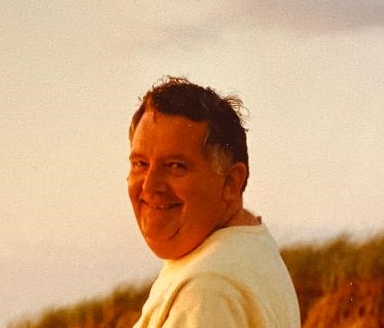 Please share a memory of James to include in a keepsake book for family and friends.
View Tribute Book
J. Christopher Keogan, 84 Chris transitioned at 11:50pm on St. Patrick's Day 2020 (his favorite holiday), at the home he built, on Echo Lake, surrounded by his loving family, Kitty (Catherine), Jordy and Tate. He was 84 years old. Chris was a proud and distinguished Auburn Firefighter of 27 years. He leaves a rich legacy for all Auburn firefighters through his contributions in starting the Union and his history making contract negotiations. It included for the first time the cost of living adjustment, for perpetuity. This eventually benefited all First Responders in the entire state and beyond. Chris earned his GED to join the fire dept, attended Cayuga Community College and then he went on to graduate from Cornell University, School of Labor Relations in 1979. All while working full time for the fire department, a few part-time jobs and raising a family. In his second career, he negotiated the PATCO and the NY Subway contracts. Then served as a Labor Leader, National Organizer and a Collective Bargaining Specialist for ILGW/Unite for almost 22 years. There he worked to change the system and made major advancements for workers until he retired. In his retirement, he built his dream home on Echo Lake in the Adirondacks with the love of his life, Catherine Reid. They had many amazing adventures and times together. Chris made a wonderful life. His hobbies included: cooking, reading, history, politics, jazz music and sports. He especially enjoyed hockey, football, basketball and was an avid Boston Red Sox fan. In his spare time, he also enjoyed camping, boating, fishing and travelling in style, all over the world with his family. Even with his many achievements, Chris would always say his best work was his children and grandchildren. He remained very proud, supportive and involved with them throughout his entire life. Chris leaves behind Kitty (Catherine) Reid, his soul mate for over 22 years. His two children, Jordana (Michael) Fleischut and Tate (Lucy) Keogan. His grandchildren, Dylan (Suzy) Fleischut, Tyler Flesichut, Natalie Keogan, Chase Keogan and great grandson Jude Fleischut, all of Nantucket MA. His brothers and sisters, Patty ( William) Rankin, Kit ( Bub) Shore, Debbie Keogan and Tommy Keogan. His cousins, Mimi Muldoon Brooks, Jimmy Muldoon, Joanne Calescibetta, Kathy Muldoon White Bush, as well as his many nieces, nephews, their children and a plethora of friends and colleagues. Chris was predeceased by his brother, Michael Keogan, former wife Natalie Kalet Keogan, Aunt Helen Muldoon and his parents Gertrude and Francis Keogan. Due to Covid 19 and state mandates, a private memorial service took place on March 20, 2020 at Langham's Funeral home. It was followed by a Fireman's funeral of high respect. The Auburn Fire and Police led the funeral procession, which passed City Hall, where the bell was rung 27 times in honor of Chris' years of service to the City of Auburn. We encourage you to pay your respects at St. Joseph's Mausoleum, top row on outside wall facing Auburn. Finally, the King of the Hill! This is a very lonely and sad time for us, as we could not gather to share stories and memories in person. In his honor, his grandchildren has set up a Facebook page, " We love Chris Keogan " and an email address welovechriskeogan@gmail.com to share stories, memories and photos. These will be put in a book for Kitty and his grandchildren. Chris always wanted a big Irish wake, so we will hold a celebration of his life in the Fall, when we can assure the health and safety of everyone that loved this amazing sharp dressed man. We ask any donations to be made in Chris' memory to The Auburn Retired Firefighters Fund, Po Box 1206 Auburn, N..Y 13021.
To send flowers to the family or plant a tree in memory of James Keogan, please visit Tribute Store

Look inside to read what others have shared
Family and friends are coming together online to create a special keepsake. Every memory left on the online obituary will be automatically included in this book.
View Tribute Book
Services for James Keogan
There are no events scheduled. You can still show your support by sending flowers directly to the family, or planting a memorial tree in memory of James Keogan.
Visit the Tribute Store