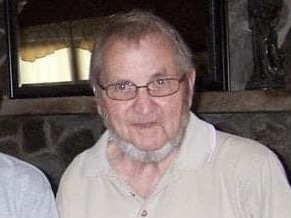 Please share a memory of Charles to include in a keepsake book for family and friends.
View Tribute Book

Charley was born Valentine's Day 1933 in Sandy Creek, NY. He was the youngest of four sons of Hugh T. and Barbara Bemis Killam.

He was married to Barbara McConnell in 1956, with whom he had three children: Brian Killam of Sandy Creek, NY, Gretchen Digby (Odett) also of Sandy Creek and John Killam (Shawn) of Orlando, FL. He is also survived by three grandchildren, Matthew, Mark and Nina, and five great-grandchildren, Daniel, Grace, Michael, Anna and Aidan.

A second marriage to Katherine Colbert ended with her death.

He was married to Sharon Lawton in 1982 and was Stepfather to Andrea Pineau, Michael Pineau (Leanne) and John Reddick with grandchildren, Tristan, Brendan, Kyle, Jared, Bryce, Renee, Jack and Stella.

Charley worked at General Electric in the late fifties and early sixties, working on the team that developed the first solid state circuit.

He also worked at the Syracuse University Research Corporation, Anaren Microwave, and retired from Welch Allyn in the late nineties.

One of his fondest work memories was travelling to Churchill above the Arctic Circle on Hudson Bay when working for S.U. He designed payloads for the weather research rockets. He loved talking about this trip for decades after.

Per his request there will be no services or visitation.

To send flowers to the family or plant a tree in memory of Charles Killam, please visit Tribute Store

Look inside to read what others have shared
Family and friends are coming together online to create a special keepsake. Every memory left on the online obituary will be automatically included in this book.
View Tribute Book
Services for Charles Killam
There are no events scheduled. You can still show your support by sending flowers directly to the family, or planting a memorial tree in memory of Charles Killam.
Visit the Tribute Store

Share Your Memory of
Charles
Upload Your Memory View All Memories
Be the first to upload a memory!
Share A Memory
Send Flowers
Plant a Tree