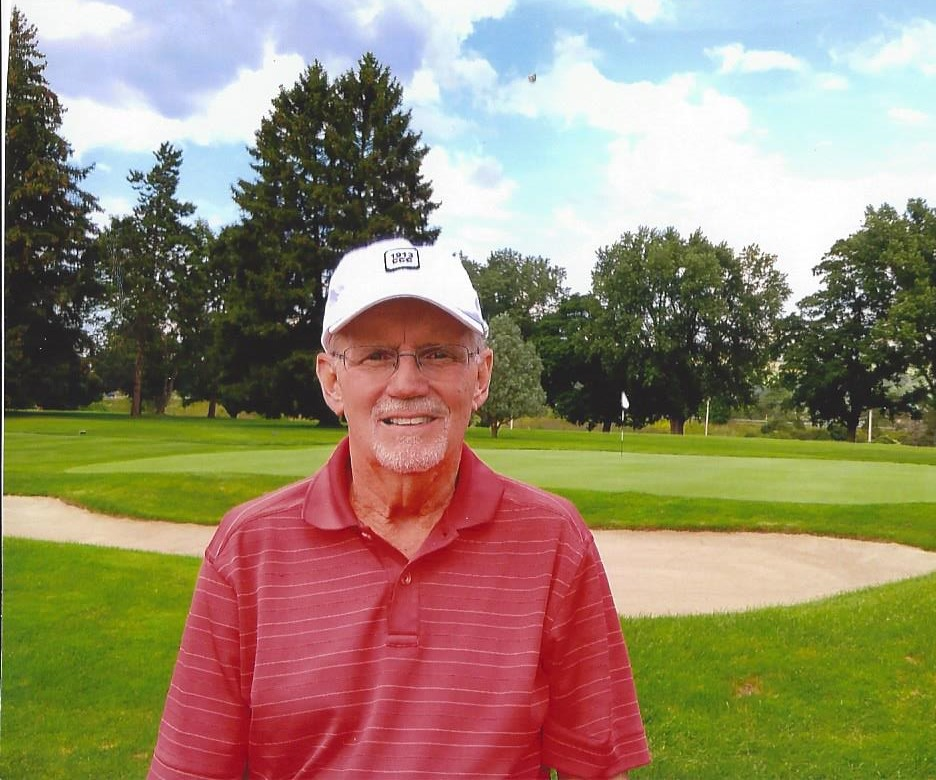 Plant a tree in memory of Robert

3 trees were planted in memory of
Robert E. Robinson

Love you forever, Bob. The Bache and Stanton families. Plant a Tree
Please wait
T
The Washington Family planted a tree in memory of Robert Robinson

We are so lucky to have known your father. He was an extraordinary and admirable man, who created a beautiful family. Sending our love and condolences Plant a Tree
Please wait
T
Terry Flower posted a condolence
Ginny, Bob was such a good person, exceptionally devoted to you and his family. How fortunate you all are to have shared your life with him. Your relationship was very special, devoted and caring, as well as possessing a healthy dose of humor. We had some of the BEST times ever with you and Bob, Jeri too - so much fun and so many laughs. Those times together were relaxing and always filled with good conversation. We treasure those times! Bob will always hold a special place in our hearts. Rob and I, along with so many others, will truly miss him. We feel blessed to count him among our very special friends. Love and Blessings to you, Ginny, and all your dear family. We hold you in the light. Terry
Please wait
Share Comment
G
Gary Richardson posted a condolence
Virginia and family I am so sorry for your loss Bob was a great friend. We worked together at Prudential and also spent many lunches at the B,ville Diner.We also spent a lot of time helping each other when he Bought the Robinson Bailey Agency. He will be missed by many people, he was a great people person. Gary Richardson
Please wait
Share Comment
K
Karen Ferrari and Meg Paskins planted a tree in memory of Robert Robinson

We will remember Bob with smiles - he was a great guy Plant a Tree
Please wait
D
David Jones posted a condolence
Ginny, so sorry for your loss. Bob was a good friend, a friend in business, a golfing buddy and provided inspiration on the golf course. He would give that look when I got agitated after missing a shot on the golf course. On occasion I thought Bob was having a bad day on the golf course, and he would typically shoot in the70’s. I had my best round of golf playing with Bob in the AJ Pro AM which holds great meaning to me and a great memory. Thanks Bob!
Please wait
Share Comment
J
Jo-Anne Strage posted a condolence
It took me some time to think of the words to express my feelings and sense of loss. Bob was just, well, Bob. He had thoughts and opinions about everything but never offered them unless asked. His comforting and sensible advice was always the best. We all became trivia players due to Bob but never did we defeat him. Not being a golfer didn't limit my praise for this great player. Animal House will forever be known as Bob's movie. His love for Ginny was fervent. They had a wonderful love for each other. Karen, Bob and grandkids were a huge part of his life. May Bob always be remembered as a wonderful friend . Love and miss you Jojo
Please wait
Share Comment
M
Mary & Kensel McClenathan planted a tree in memory of Robert Robinson

May your hearts find lasting peace among the memories you cherish and hope within the promise of tomorrow. Our Sincere Sympathy! LOVE & PRAYERS Plant a Tree
Please wait
J
Jeri Morlock posted a condolence
When I think about it, Bob reminded me of my dad-they both were country boys who had good values and were determined to make their futures the best they could through hard work, and in Bob’s case, higher education. And indeed they both accomplished that. The Bob I knew was pragmatic and over the 50 plus years I’ve known Ginny and Bob, I was the recipient of that advice many times. Being an emotional person it wasn’t always what I wanted to hear but it was what I needed to hear. At the same time Bob, had the ability to get on the floor and play endlessly with his grandchildren with the dramatic play he envisioned. When my own grandchildren were visiting nearby in Florida one winter, Bob was on the floor with them! They had so much fun and my grandson still remembers Uncle Bob doing that. I had the good fortune of being invited to stay with Ginny and Bob in Florida for a couple of weeks for many years. I spent time with the golfing group there. Everyone would agree that Bob was the best golfer in that group. When I spoke with Shirley, one of the wives, she said that Bob was the “Head of the Pack”, always encouraging the golfers who had a bad game, “always making you feel better “. I don’t think there is a higher compliment you could say about someone. Bob was absolutely devoted to his family, had their backs and loved them intensely. Those of us who were lucky enough to know him are devastated right now. May his memory be a blessing Jeri Morlock Love you Ginny, Karen, Bob, Rachel and Robert
Please wait
Share Comment
T
A tree was planted in memory of Robert Robinson

Miss you & will never forget you. Jer Plant a Tree
Please wait
J
Jer posted a condolence
Remember so well his always quoting Animal House & Caddy Shack as we golfed. His memory for 50's music was uncanny. Always so generous & kind to all us lesser skilled golfers. Loved playing with him, his humor made me smile. I was so fortunate to be with him when he shot in the 60's for the 1st time. Still have the photo when he had his Hole In One, & how excited he was. Not his long time friend, but will always have him on My list of a Super Friend & best Pal that I can never get over losing. God Bless one of the Good Guys & a True Gentleman. Love ya Man. Jer
Please wait
Share Comment
R
RICHARD STRAGE uploaded photo(s) 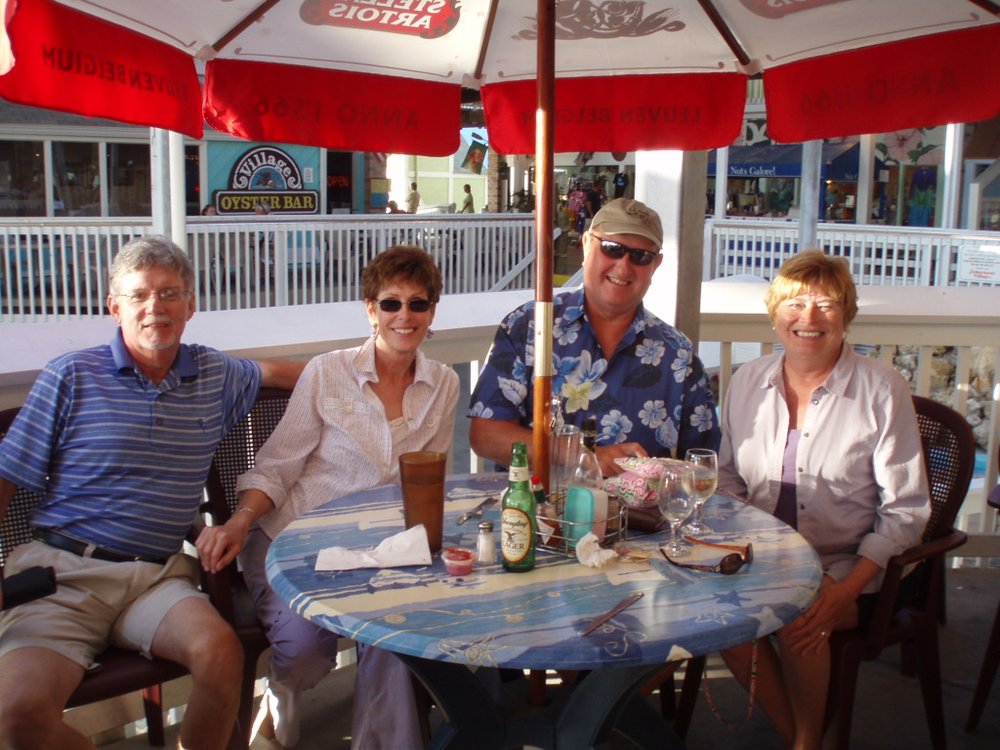 My God, stunned to say the least. I can't even remember a time when we weren't doing something with the Robinsons. We went on our first Cruise together when Bob was in charge of buying Manhattans because he always got the best pour! Our trips to Las Vegas for Bob's birthday and Boston for Ginny. All the parties and weddings. Italian Dinner night in Tully. Bob was a man's man. He was so easy to talk to and I always felt I could tell him anything. He had such great perspectives on any topic. I was never a golfer but I respected his passion for the sport. I will miss swapping weekends in Florida between the east coast and west coast. During this crazy pandemic of 2020, the last time we ate in a restaurant was with Bob and Ginny. So many memories, I will always think about Bob and be thankful he was in my life for so many years. This was all so shocking for us but even so much more for Bob's family. God Bless Ginny and Karen. You are loved and we will pray that you can somehow find a peaceful place after your great loss. “What we have once enjoyed deeply we can never lose. All that we love deeply becomes a part of us.”
Please wait
Share Comment
B
Bruce York uploaded photo(s) 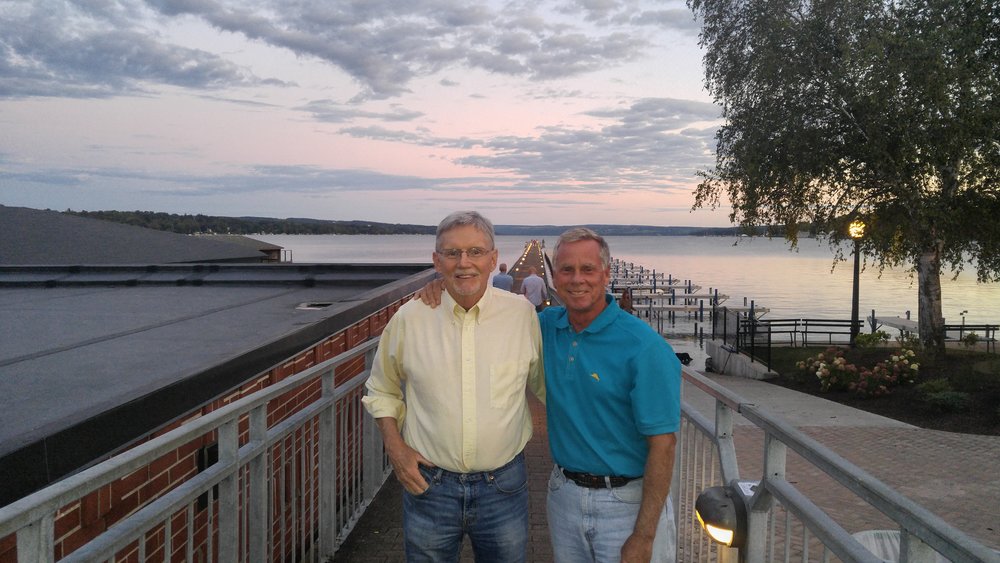 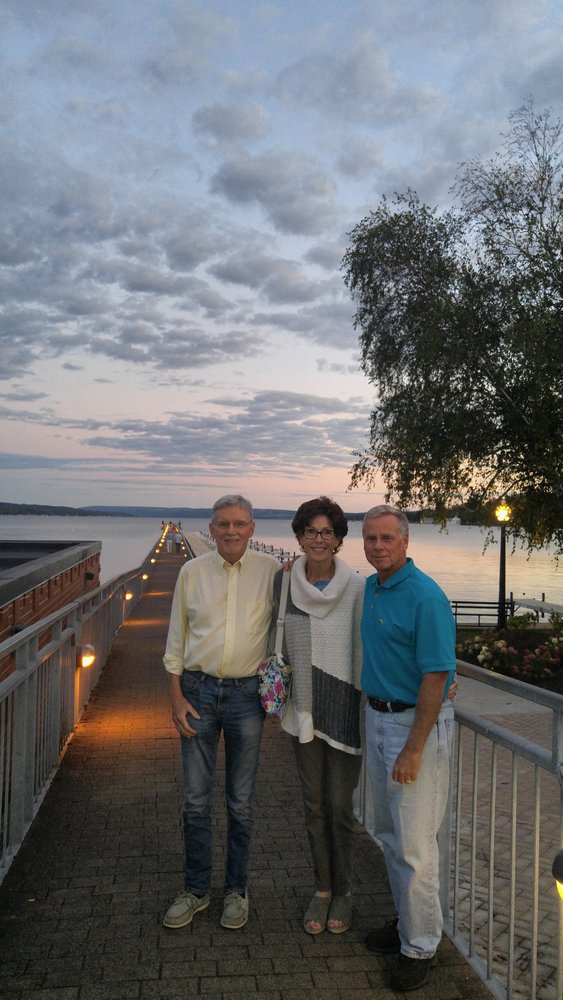 Please wait
Share Comment
B
Bruce York posted a condolence
Boy, I could write a book about Bob. Bob did join CCC around 25 years ago and we became fast friends. We became league partners and remained partners until I moved south over 10 years ago. Bob was one of those people you knew who would remain loyal. As I started to lose my golf game, it didn’t matter to Bob. He still invited me up to play in the Collins Cup last year. As bad as I played (you have to remember that Bob and I used to both have good games and were very competitive), Bob said that really didn’t matter. All that mattered was that I was able to come up and we could spend some time together. I played countless rounds of golf with Bob over many years and when he got over a shot, I just knew there wasn’t a shot he couldn’t hit. There was also nobody Bob thought on any given day that he couldn’t beat. Bob was not only a great golf partner. He was an even better friend..... one of my best friends. One day we were making the turn at CCC walking to #10 tee and I said, “I wonder why our flag is flying at half mast?” Well Bob, with the wry smile replied, “Have you noticed the age of our membership? They just leave it there!” Well old friend, that flag now waves at half staff for you. I’ll miss you like you could never imagine.
Please wait
Share Comment
L
Laura E Stanton posted a condolence
Uncle Bob was an amazing man. There are no words to describe how much he will be missed by all that knew him and loved him. Hope there are plenty of golf courses and crossword puzzles on the other side. Love you!
Please wait
Share Comment
J
Jerry McClure posted a condolence
Ginny and family. My sincerest sympathy on the passing of my dearest friend and golf partner. We had more fun and laughs than deserved. We first met at prudential as ins. Agents. Later we enjoyed playing tennis at sundown where you Ginny were working. My buddie was a tough competitor and we had some tough matches together.i remember Bob starting his own insurance business in Liverpool on a shoestring and prayer. What he accomplished after that was nothing more than hard work and perseverance. I remember with fondness our 8:am coffee meetings at the rt. 57 ranch with Len Brown, Dave Farley,me and Bob all Pru agents. I especially remember Bob and Ginny driving 3 hours to Potsdam for my induction into the Hall of Fame at Potsdam High School. How appreciative my family was for that respect he showed for us. And lastly I,ll never forget our 2 family trips to myrtle beach where the infamous name BOBBA LOUIE was born!! Oh ... and Ginny and Lynne laughing uncontrollably As I hit a drive 300 yards “ straight up in the air”. A course that cost more than a new Mercedes and a course that the two of them walked off cause they were “tired”! We had the best of times over almost 50 years. I hope God Is a good golfer and loves to laugh! BOBBA will like that. Will miss you my friend .... Jerry McClure
Please wait
Share Comment
b
The family of Robert E. Robinson uploaded a photo

Share Your Memory of
Robert
Upload Your Memory View All Memories
Be the first to upload a memory!
Share A Memory
Plant a Tree