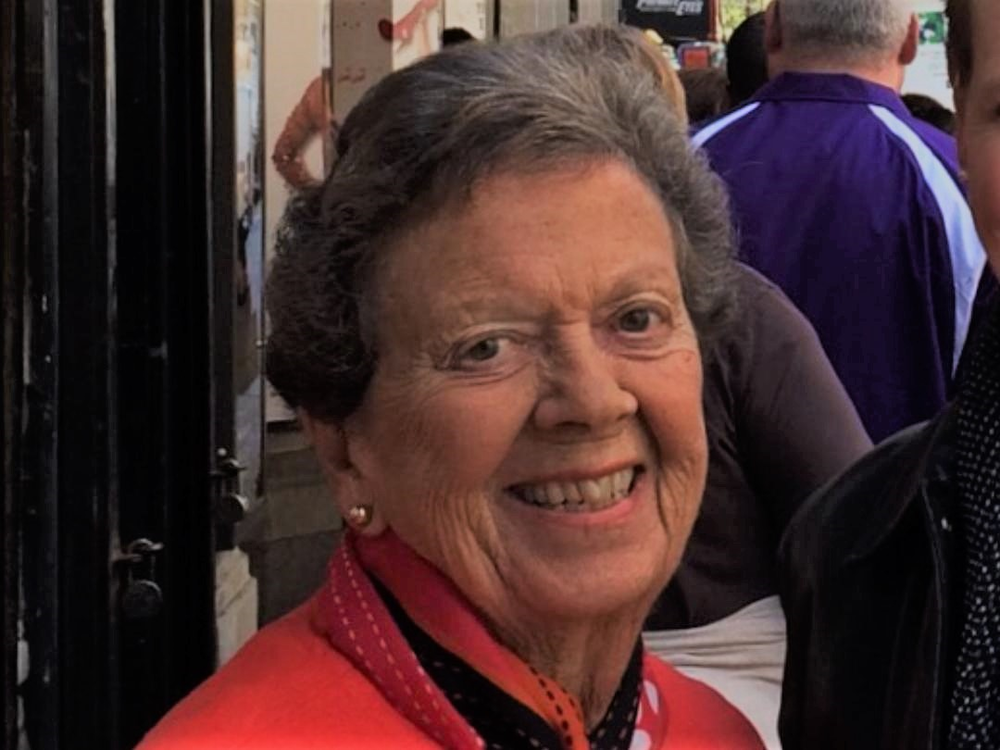 Please share a memory of Gillian to include in a keepsake book for family and friends.
View Tribute Book

Gillian (née Sheen) was born August 21, 1928, in London U.K., daughter of Ronald and Ethel Sheen, the youngest of four children (Clive, Barry, and Annette) of the staunchly Victorian couple. Gillian attended North Foreland School, where she first started fencing, the sport for which she would later become well-known. As a school girl, Gillian survived the W.W.II bombing of London and always proudly exhibited the steadfastness that this era required. After school, Gillian attended University College Hospital in London where she earned her degree as an orthodontist.

It was her professional dental training that brought Gillian to the Eastman Dental Dispensary in Rochester N.Y., where she met the love of her life and husband Robert George Donaldson (d. 2004) with whom she had four children. Gillian maintained her professional skills by working with Bob in the family orthodontics practice which they maintained in Auburn for four decades. Gillian also established a dental practice on the island of Montserrat in the Eastern Caribbean to serve the Montserratians, who otherwise had no orthodontic care.

In addition to her dental work, Gillian did volunteer work with numerous Auburn civic initiatives and charities. Gillian also proudly served as a board member and President for the Auburn YMCA, for which she became a sporting advocate.

Gillian's love of sports was most evident from her success as a fencer. Gillian won the first of her 10 British national championships in 1949. Gillian also represented Great Britain in three Olympics (Helsinki 1952, Melbourne 1956, and Rome 1960) and won gold in 1956. Gillian maintained a life long love of the sport and she regularly served as a coach, volunteer, and referee well into her 60's. As all who knew her can attest, Gillian loved tennis, golf, and other sports and her competitive spirit always shone through.

In lieu of flowers, contributions may be made to the YMCA-WEIU. http://auburnymca.org
Arrangements by Langham Funeral Home.

To send flowers to the family or plant a tree in memory of Gillian Donaldson, please visit Tribute Store

Look inside to read what others have shared
Family and friends are coming together online to create a special keepsake. Every memory left on the online obituary will be automatically included in this book.
View Tribute Book
Services for Gillian Donaldson
There are no events scheduled. You can still show your support by sending flowers directly to the family, or planting a memorial tree in memory of Gillian Donaldson.
Visit the Tribute Store

Share Your Memory of
Gillian
Upload Your Memory View All Memories
Be the first to upload a memory!
Share A Memory
Send Flowers
Plant a Tree