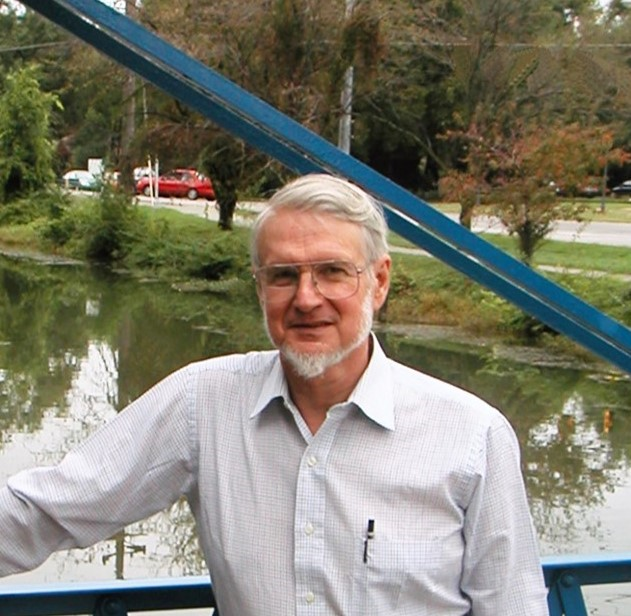 Please share a memory of James to include in a keepsake book for family and friends.
View Tribute Book

James Louis Cooper Sr., a professor emeritus of history at DePauw University and a widely recognized expert on the study and preservation of Indiana's historic bridges, died on August 19, 2021. He was 86 years old.

Son of James H. and Gladys Wambaugh Cooper, the Princeton, N.J. native moved to Greencastle in 1964 to join the faculty of DePauw University, where he served for more than three decades. At DePauw, Cooper was dedicated to faculty development, becoming the university's academic dean in 1981 and then vice president of academic affairs in 1983. But what he valued most was engaging with his students. "Jim was an exceptional classroom teacher who became a lifelong friend," said Richard Dean, DPU Class of 1970. "He was a wonderful mentor to me and many others. He was fun to be around. He had an authentic laugh, which I will never forget."

Cooper's interests and skills ranged widely. As a youth, he mastered the art of tree surgery working for his father's tree service business. He was one of the "high flyers," climbing into upper tree limbs to trim and prune. Cooper left Princeton to attend the College of Wooster in Ohio, where he edited the college newspaper The Wooster Voice and graduated Phi Beta Kappa in 1956. There he met Sheila Roberta McIsaac, his wife of 64 years, whom he married on the same day that she graduated. They went on to co-author a book in 1973, The Roots of American Feminist Thought, an anthology of works written by feminists over the past two centuries.

A Danforth Graduate Fellow, Cooper received his MA and PhD from the University of Wisconsin, Madison. His academic interests ranged from the American revolution to urban planning, but his passion ultimately rested with cataloguing, studying and preserving Indiana's historic bridges. For years, he tirelessly worked to document those bridges in a database that now serves as a resource for the historic preservation community. In retirement, Cooper traveled daily to a cabin in the woods where he wrote Artistry and Ingenuity in Artificial Stone: Indiana's Concrete Bridges, 1900-1942 and Iron Monuments to Distant Posterity: Indiana's Metal Bridges, 1870-1930. His contributions to the field were recognized with several awards, including the Indiana Historical Society's Dorothy Riker Hoosier Historian Award. Cooper's work captured his appreciation for the culture, ingenuity and journey of the people who built, crossed, and settled around the bridges that he so admired.

Cooper relished good stories, whether they were in the classroom with his students, in the kitchen with friends and family, or on the road with bridge enthusiasts across the Hoosier state.

A burial service will be held at 9am on October 23rd, 2021 at Fort Hill Cemetery in Auburn, NY. Please visit www.Langhamfuneralhomellc.com to leave a condolence for the family.

To send flowers to the family or plant a tree in memory of James Cooper, please visit Tribute Store

Look inside to read what others have shared
Family and friends are coming together online to create a special keepsake. Every memory left on the online obituary will be automatically included in this book.
View Tribute Book
Services for James Cooper
There are no events scheduled. You can still show your support by sending flowers directly to the family, or planting a memorial tree in memory of James Cooper.
Visit the Tribute Store