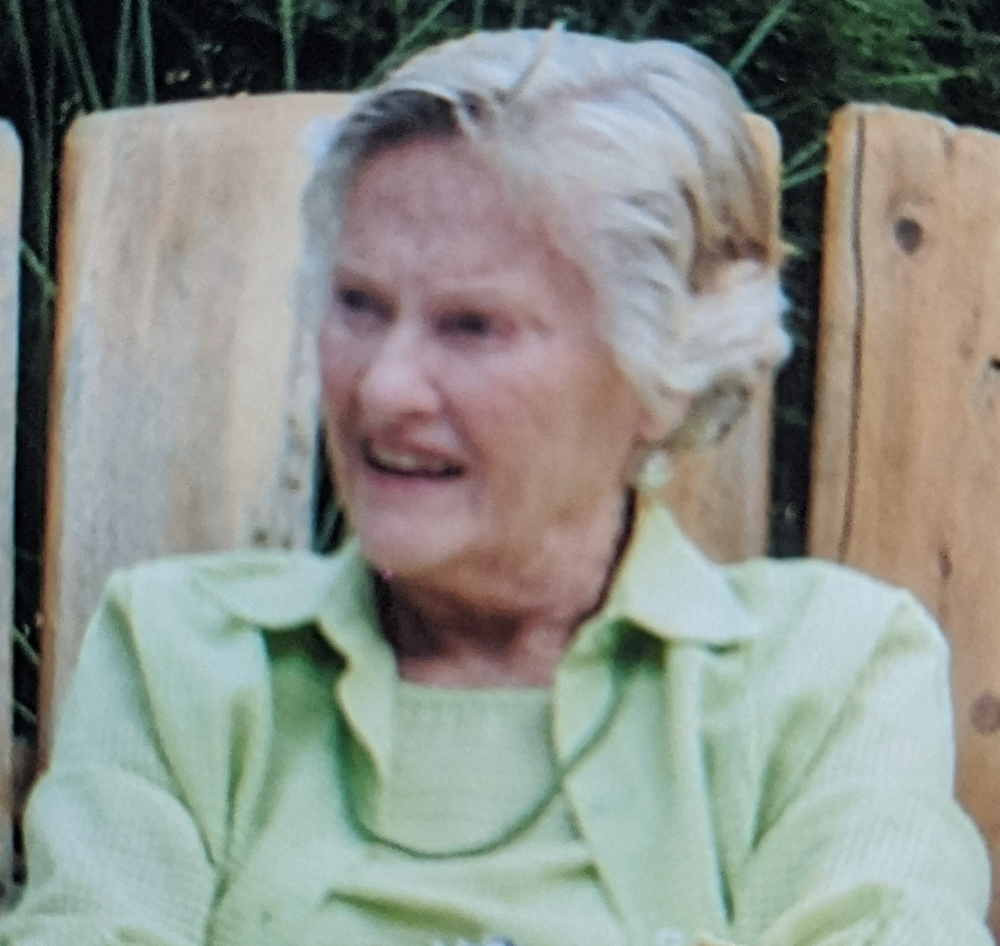 Please share a memory of Catherine to include in a keepsake book for family and friends.
View Tribute Book

Catherine--"Kate"--was born in Tulsa, Oklahoma to Frederick and Catherine Henderson on October 3, 1930. She is survived by her two sons, David Jr. (Regina) of Skaneateles and William (Gloria) of Portland, Maine, and by David's children, Margaret and Andrew. She is preceded in death by her husband, David Sr., and by her sister, Anne.

Catherine grew up in Mamaroneck, NY and Darien, CT, and was graduated from the Low-Heywood School in Stamford, CT in 1948. She met David while skiing at Stowe, Vermont. After marrying in 1952, the couple lived in Woodstock, Vermont and then in Darien. When David was hired by Dean Junior College in 1956, the couple moved to Massachusetts, living first in Franklin and then in neighboring Wrentham.

In 1969, when her sons had reached the age of reason or could at least be trusted to make their own toast, Catherine returned to school to become certified as a Licensed Practical Nurse. She worked as an LPN through the 1970s at Sturdy Memorial Hospital in Attleboro, MA.

Kate and David enjoyed sailing Penobscot Bay in Maine during the college's summer breaks, exploring the islands and living aboard their 27-foot sloop. After David retired, they moved to Fripp Island, South Carolina, where they stayed for about ten years and where Kate used her medical training as a first responder. After South Carolina, they returned north again, first to Ocean Pines, Maryland and later to Shrewsbury, Massachusetts. David passed away in 2010, and Catherine moved first to Great Diamond Island in Maine, and then to Skaneateles, New York, where she lived in The Manor on West Genesee St.

At her request, Catherine's remains have been donated to science (Upstate Medical University, Syracuse). A private memorial gathering will be held at a future date.

The family wishes to extend their gratitude to The Commons in Auburn, Hospice of the Finger Lakes, The Manor in Skaneateles, and to Laker Limo, also of Skaneateles.

To send flowers to the family or plant a tree in memory of Catherine Middleton, please visit Tribute Store

Look inside to read what others have shared
Family and friends are coming together online to create a special keepsake. Every memory left on the online obituary will be automatically included in this book.
View Tribute Book
Services for Catherine Middleton
There are no events scheduled. You can still show your support by sending flowers directly to the family, or planting a memorial tree in memory of Catherine Middleton.
Visit the Tribute Store

Share Your Memory of
Catherine
Upload Your Memory View All Memories
Be the first to upload a memory!
Share A Memory
Send Flowers
Plant a Tree