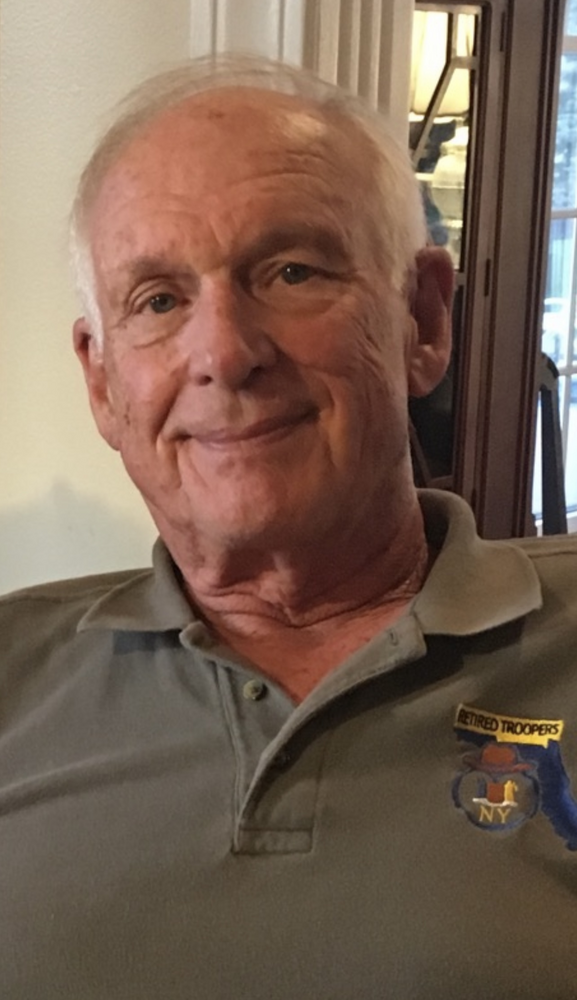 Please share a memory of Frederick to include in a keepsake book for family and friends.
View Tribute Book
T Frederick A. Moochler, 84, of Auburn passed away January 6, 2022 at his home with his family by his side. Born in Ossining, NY he was the son of the late Earl and Madeline (Wilcox) Moochler. He was a proud Marine veteran and a NYS correctional officer and later joined and retired from the NYS Police. Fred was a member of the Elks Club and was an active Mason member. Fred was Initiated into Radium Lodge No. 844 in Nelsonville, NY on June 8, 1961. He took his Second Degree on April 3, 1963 and the Third on May 22, 1965. In December of 1976 he dimitted from that Lodge and in January 1977 he affiliated with Scipio No. 110 in Aurora. In 1980 he served as elected Worshipful Master and was instrumental and inspirational in urging Lodge members to community service. The Brothers conducted many fundraisers for other Aurora non-profits, performed cleanup and maintenance work in Oak Glen Cemetery, and contributed to community members in time of need. Fred was also deliberate not to neglect the fun and fellowship of Lodge and Village life. He enjoyed outdoor activities especially Easter egg hunts for little kids, bird watching and fishing and was an avid golfer. Fred wintered in The Villages, Fla for the past few years but considered Auburn as his home. He is survived by his loving daughter Amelia Komanecky and friend Dr. Jeffrey LeGrett, a son Frederick Charles Moochler; two grandchildren Stephen and Casey Komanecky ; several nieces, nephews, cousins, Lodge Brothers and by his loyal Black English Lab Carson. He was predeceased by his wife Olive Moochler in September 2021, a son Nicholas James Moochler and by his first wife Monica Moochler. Private services and burial will be held at a later date. Contributions in his memory may be made to The Elks Club #474, 314 State St., Auburn, NY 13021 or to The Masonic Service Association, 813 1st Avenue SE, Ste. 357, Cedar Rapids, IA 52402 who is collecting funds for "Kentucky Disaster Relief" following the recent horrendous tornado devastations. Also, the Grand Lodge of NY is urging members support and contributions be sent to The Battle Within Foundation, PO Box 4184, 3014 Delaware Ave., Kenmore, NY 14217. This organization is calling attention to the national loss of about 20 veterans per day due to complications from wounds and injuries we cannot see. Please visit www.Langhamfuneralhomellc.com to share a memory or leave a condolence. Fred had a million friends and he gave himself to every one of them. There are at least two million Fred stories to share.
To send flowers to the family or plant a tree in memory of Frederick Moochler, please visit Tribute Store

Look inside to read what others have shared
Family and friends are coming together online to create a special keepsake. Every memory left on the online obituary will be automatically included in this book.
View Tribute Book
Services for Frederick Moochler
There are no events scheduled. You can still show your support by sending flowers directly to the family, or planting a memorial tree in memory of Frederick Moochler.
Visit the Tribute Store

Share Your Memory of
Frederick
Upload Your Memory View All Memories
Be the first to upload a memory!
Share A Memory
Send Flowers
Plant a Tree