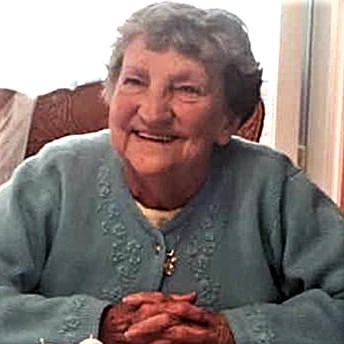 Obituary of Beverly A. Hamilton

Please share a memory of Beverly to include in a keepsake book for family and friends.
View Tribute Book

Beverly Ann Hamilton (nee Crawford) passed away peacefully at the age of 84 on January 20, 2022, in Auburn, New York. Beverly was born on June 4, 1937 to Harry Hamilton and Martha Florence (Moffitt) Crawford in Paterson, New Jersey. At an early age, she moved to Garnerville, New York and was a 1955 graduate of Haverstraw High School where she met her husband, James Hamilton, Jr. High school sweethearts, they were married in July 1956.

They moved to Stony Point with their four "bundles of joy" and once the last bundle was enrolled full time in school, Bev re-entered the workplace. She worked for many years in the Rockland banking community at Prudential, Empire National and Bank of New York while also taking coursework at the American Institute of Banking. She worked at Letchworth Village, Hornick's, and for the North Rockland School District. Beverly had a beautiful soprano voice and enjoyed being a member of the Hudsoneers Chorale.

Upon her retirement, she moved to Auburn, New York where she joined St. Alphonsus Parish. She enjoyed her volunteer work at the parish office, the church choir, her ladies reading group and her weekly after-Mass breakfast with her friends from St. Alphonsus. She was a member of the Sennett Seniors, volunteered at the Cayuga County Office for the Aging and led an exercise program at Schwartz Towers.

Beverly had a lifelong (and we suspect longer) relationship with the Angels. We are so pleased that she is now blessed to see them face to face.

To send flowers to the family or plant a tree in memory of Beverly Hamilton, please visit Tribute Store

Look inside to read what others have shared
Family and friends are coming together online to create a special keepsake. Every memory left on the online obituary will be automatically included in this book.
View Tribute Book
Services for Beverly Hamilton
There are no events scheduled. You can still show your support by sending flowers directly to the family, or planting a memorial tree in memory of Beverly Hamilton.
Visit the Tribute Store

Share Your Memory of
Beverly
Upload Your Memory View All Memories
Be the first to upload a memory!
Share A Memory
Send Flowers
Plant a Tree