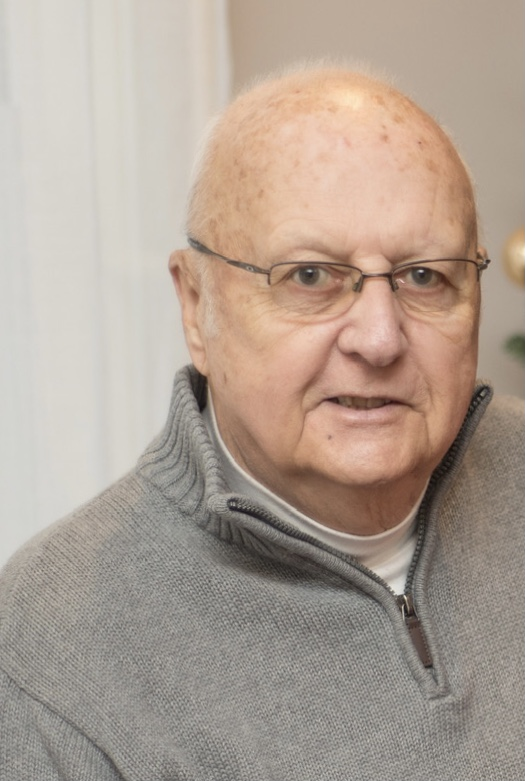 Please share a memory of Milton to include in a keepsake book for family and friends.
View Tribute Book

Milton C. David, "Butch", 79, of 8093 Jericho Rd., Weedsport, NY passed away February 1, 2022, at his home after a long battle with cancer. Born in Auburn, he was the son of the late Milton G. and Edna Bush David. Butch was a vending service mechanic for Pepsi Co. in Auburn, NY. He was also a Professional Charter Bus Driver for Bernie Bus Services, NYS Correctional Facility Charter Transfers, and Centro, one of his greatest joys was driving for the NYS Fair. Prior to retirement he was employed by Auto Finishers delivering PPG paint products.

He was a regular at Webster's (Kosta's) coffee counter along with all his buddies on Saturday mornings. Butch enjoyed watching the Buffalo Bills, the New York Yankees, and NASCAR. He also enjoyed building car models and going to classic car shows. One of his favorite ways to relax was mowing and grooming his precious lawn. He took pride in performing as an Elvis Presley impersonator and loved to make people laugh.

He was predeceased by his parents Milton David and Edna Hurd, a brother, James David and by four sisters including, Shirley Davis, Linda Jones, Sandra Ostrander and her infant twin sister.

Visiting hours will be Friday, February 4 from 11am to 1pm followed by a funeral service at Langham Funeral Home, LLC 75 East Genesee St., Auburn. Burial will be in Soule Cemetery. In lieu of flowers, contributions in memory of Butch may be made to St. Jude's Children's Hospital, Hospice of the Finger Lakes or to the local SPCA. A special "thank you," to all our neighbors for their kindness and support and to Hospice for their care, especially Andrea and Rev. Matthew Binkewicz.

To send flowers to the family or plant a tree in memory of Milton David, please visit Tribute Store

Look inside to read what others have shared
Family and friends are coming together online to create a special keepsake. Every memory left on the online obituary will be automatically included in this book.
View Tribute Book
Services for Milton David
There are no events scheduled. You can still show your support by sending flowers directly to the family, or planting a memorial tree in memory of Milton David.
Visit the Tribute Store

Share Your Memory of
Milton
Upload Your Memory View All Memories
Be the first to upload a memory!
Share A Memory
Send Flowers
Plant a Tree