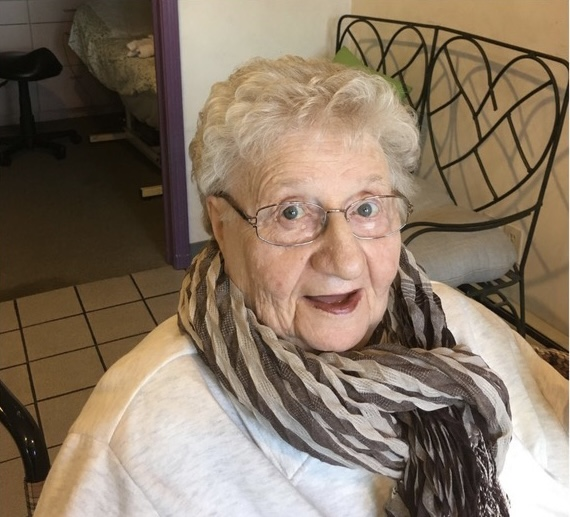 Please share a memory of Cecelia to include in a keepsake book for family and friends.
View Tribute Book
Cecelia (Reszka) Gagliostro July 24, 1930 - Nov. 23, 2022 AUBURN - Cecelia (Reszka) Gagliostro was born to Frank and Mary (Tworzek) Reszka in Buffalo, NY on July 24, 1930. Frankie, her older brother and she were raised in Corpus Christi Catholic Church with the Polish language and traditions. She gleefully recalled the Buffalo metropolis in its heyday, meeting the "Lone Ranger" and "Gorgeous George" the wrestler. She recounted many stories of Frankie, friends and neighbors going to War in Europe. With his return, Frankie, auntie Martha and uncle Al later became home base for holidays, Easter baskets and endless summers in Crystal Beach and Canada. In a January 1956 Buffalo blizzard, Celia met Frank Gagliostro at a dance. He was a WWII Veteran (a tail gunner in a B24 Liberator having flown 50 missions) and "that was it". They enjoyed their courtship, families and dancing to the Count Basie orchestra and other big bands in Buffalo. They married and a daughter, Linda was born in Buffalo. Later, Celia and Frank moved to Auburn to be with Frank's parents, brother Dominick his wife Sue, and sons, Joseph and Gary. Celia's second daughter, Flora was born and the children were raised at St. Alphonsus Church and school. Cecelia worked at Green Shutters Restaurant as a waitress. She worked at General Electric. In 1990 she earned the 25 year Silver Veteran status of the International Association of Machinists and Aerospace Workers union. Her union involvement was a source of pride as it promoted equity and fairness in the workplace. She was a lifelong Democrat, voting in all and the most recent elections. Cecelia was an accomplished cook specializing in meatballs, spaghetti sauce, veal cutlet, cookies and cakes. She wanted us all to "enjoy your life" and "live a little". Invariably, when faced with a choice of this flavor or that, she would answer "both". The Gagliostro's lifelong friends in theWalnut and Hockeborn Avenue neighborhoods included the: Giacolones, Raffertys, Fideles, Siracusas, Smiths and Atkinsons. Regular road and plane trips to Florida and the East Coast were the source of stories that made us laugh until we cried. Cecelia and Frank did it all for their family. He was a visionary, a mailman insuring in every sense of the word that his wife and family thrived. Cecelia enjoyed travel, the wildlife around her, birdwatching, old movies, the "Lone Ranger" show, Lawrence Welk and Opera. Her favorite tenors were Mario Lanza, Luciano Pavarotti and Andrea Bocelli. However, Englebert Humperdinck was her favorite entertainer. Her eyes lit up watching every performance. When she watched his Cameo birthday video to her on her 90th birthday, she beamed. Cecelia had it all. She was a one of the greatest generation, one of a kind, a city girl, salt of the earth, and the nicest person you could know. Bill Kane and John Miller were her special friends. Special thanks to those caring people who provided good times, food and fun; Sue, Ana, Eileen, Mary Ellen, Maggie, Barb, Cherith and Mary, all from HomeInstead SeniorCare, Peregrine HomeCare and NurseCore. The dedication and skilled care from Dr. Jeff Carlberg, Dr. Joshua Jimenez and their staff, Auburn Community Hospital's Emergency Room and 3rd Memorial floor were awe inspiring. She passed from this world on Wednesday, November 23, 2022 with Linda and Florie by her side. She will be sorely missed by all who knew her. A remembrance of Cecelia's life and Mass of Christian burial will take place at St. Alphonsus Church on Wednesday November 30, 2022 at 10am. Friends are invited to visit the family at the church from 9am to 10am prior to Mass. Entombment will follow at St. Joseph's Mausoluem. Please visit www.Langhamfuneralhomellc.com to leave a condolence for the family.
To send flowers to the family or plant a tree in memory of Cecelia Gagliostro, please visit Tribute Store

Look inside to read what others have shared
Family and friends are coming together online to create a special keepsake. Every memory left on the online obituary will be automatically included in this book.
View Tribute Book
Services for Cecelia Gagliostro
There are no events scheduled. You can still show your support by sending flowers directly to the family, or planting a memorial tree in memory of Cecelia Gagliostro.
Visit the Tribute Store

Share Your Memory of
Cecelia
Upload Your Memory View All Memories
Be the first to upload a memory!
Share A Memory
Send Flowers
Plant a Tree