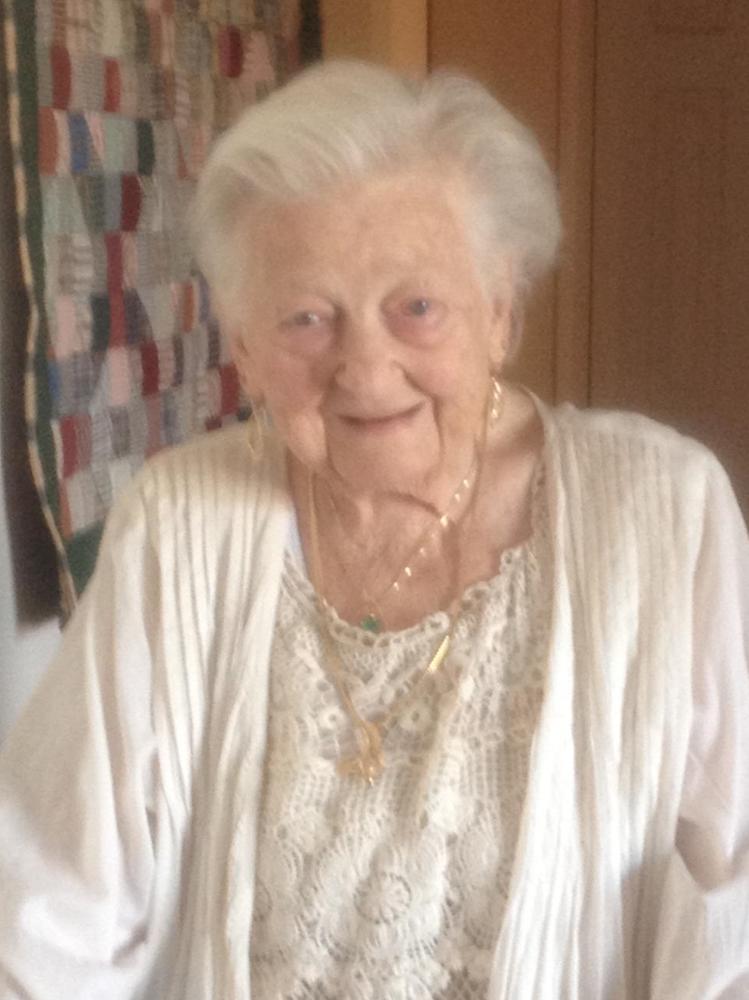 Jean Weeks Maywalt, 96, of 898 Stone Church Rd., Waterloo, formerly of Elizabeth St., Auburn , passed away on Tuesday, February 24, 2015 at her home with her family by her side. Born in Auburn, she was the daughter of the late Frank and Margaret Weeks Miller. Jean was involved with the community of Auburn a great deal. She was a part of the Cub Scouts, Boy Scouts, Girl Scouts and Brownies. She was one of the founding fathers of the Auburn National PTA, an officer for the Auburn Museum, a part of the Zonta Club and Service League. She worked for the Auburn Senior Citizens for 17years. She started the Bells and Bows, and began the senior discount cards. She started the Senior Tour Group (many members had never been out of Cayuga County) and their first overnight trip was to the Dutch Country in PA. Other senior groups started to have tours after that. Auburn had a good partnership through the Auburn Travel, with a variety and reasonably priced trips. During the Bi-Centennial the ladies in the group made colonial dresses and those that didn't sew had help from others. Jean made organdy caps and cameo chokers for the women. She begged and borrowed for free materials, so there would be no cost for the seniors. Jean loved to sew and even began making preemie blankets for the Neonatal Unit so the family would have a blanket to fit their baby. She kept sewing up until her last few days. She is survived by her daughters, Lynn (Richard) Stelter and Christine Olp; sons, Thomas (Gail), Scott (Sharon), and Peter (Tina) Maywalt; her grandchildren who referred to her as "GiGi," William (Mary) Olp, Krista Eckert, Elizabeth (Jay) Costa, Heather Griffiths, Stacy (Danny) Cook, Heath (Laura), Jesse (Tammi) Maywalt, Valerie (Corey) Fenton, Corey and Adam Maywalt, Benjamin, Sarah, and Ian (Elizabeth) Maywalt; great-grandchildren, Shyanne and Dakota Cooke, Marykate, Richard, and Nathan Olp, Andrew, Alexander, and Grace Costa, and Nicholas and Jacob Griffiths, Corraina Fenton and Wesley, and Aaron Maywalt, and by a nephew, Donald (Debbie) Miller. Jean was predeceased by her husband, William D. Maywalt in 2006, and by her brother, Robert Miller. Visiting hours will be Friday, February 27 from 3-6pm at Langham Funeral Home, LLC, 75 E. Genesee St., Auburn. A Mass of Christian Burial will be celebrated Saturday at 11:00am in St. Mary's Church, Auburn. Jean will be buried with her husband in Maple Grove Cemetery, Jordan at the convenience of her family. In lieu of flowers, contributions in Jean's memory may be made to Girl Scouts NYPENN ,8170 Thompson Road Cicero, NY 13039 or to the American Heart Association, 17 Technology Place, E. Syracuse, NY 13057.

Share Your Memory of
Jean
Upload Your Memory View All Memories
Be the first to upload a memory!