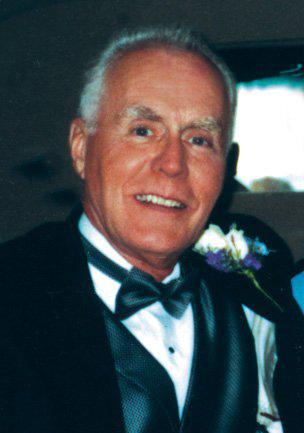 BRYLA, Richard, John "Dick" 76, of East Lake Road in Owasco entered eternal rest on Monday August 24, 2015 at his home surrounded by family, following a brave 7 year battle with cancer. Born in Auburn, he was the son of the late John and Stella Rejman Bryla. An Army Reserve Veteran, Richard served his country honorably as a medic from 1961 to 1967 with the 108th Infantry NYARNG. He retired in 1994 after 35 years with Niagara Mohawk in Syracuse. He was an avid gardener, loved to travel and enjoyed singing in many choirs throughout the area. Most of all, he was a loving husband, father and papa. Richard and his wife Ann Marie (Morrissey) celebrated many years of love, life and laughter on their 49th anniversary this year. He is survived by his children Kimberly Marie Kukiela (Mark) of Owasco, and Kevin Richard Bryla (Marylynne) of Middlesex, NC; his twin sister Monica Bryla of Auburn ; grandson Austin Bryla of Middlesex, NC; sister-in-law Rita Campagnola ; nephews John, Jeff and Joel Campagnola and many cousins, nieces and nephews. Dick was an active communicant of St. Hyacinth's Church, serving on the parish council and a member of the choir. The family will receive friends Friday, August 28 at St. Hyacinth's Church, 61 Pulaski St., Auburn from 10AM to 11 AM prior to a mass of Christian burial at 11AM . Burial with be in St. Joseph's Cemetery. The omission of flowers is suggested with memorial donations made to St. Hyacinth's Church, Auburn, NY , Mt. Hope Lodge, Rochester, NY or the Hospice of the Finger Lakes, Auburn, NY. To leave a condolence for the Bryla family please visit www.Langhamfuneralhomellc.com

Share Your Memory of
Richard
Upload Your Memory View All Memories
Be the first to upload a memory!