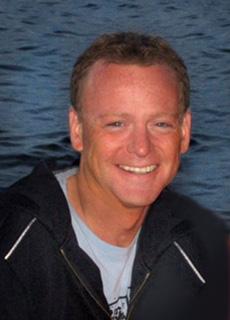 AUBURN | David John Langham, 43, of Auburn, passed away surrounded by his loving family and friends on Sunday, Feb. 7, 2016 at St. Joseph's Hospital. Born in Auburn, he was the son of John and Jean Murray Langham. Dave was a 1991 Auburn High School graduate and attended The University of South Carolina. He was a graduate of Simmons Institute of Funeral Service, a NYS Licensed Funeral Director, and previously worked at the family business. Dave was an extremely loved man. He touched the lives of so many, near and far, and fostered so many deep friendships. His infectious smile, laugh, and upbeat spirit would fill a room, along with a joke or two. Always willing to help another, Dave was a kind, genuine gentleman. He loved spending time with his friends on Owasco Lake and looked forward to the Great Race every year. He enjoyed biking, cooking, and adored his six nieces and nephews. He loved animals especially his childhood dog, Buttons and rescued his two special pets, Bubba and Jimmy who were very dear to him. Dave loved his music. He was introduced to a snare drum at the age of 3 by his grandpa Langham and his passion for drumming grew from there. He played in several bands in Auburn, South Carolina, and New York City which included Tantrum, Ultra Violets, Mere, Stone Radio, Coughlin, Dharma Dogs and Cravin Melon. He opened up for Hootie and the Blowfish and subbed for the drummer of Eddie Money on New Year's Eve 2013. He took great pride in these two accomplishments. Dave was the happiest when he was playing and he loved the stage. He is survived by his parents, John and Jean Langham; twin sisters, Barbie Herbert and her husband, Tom, and their children, Tommy and Maddie, Beth Burgmaster and her husband, Dan, and their children, Danielle, Jack, Alex, and Ross; an aunt, Carol Murray; three cousins, Kellie Padgett, Mimi Calogero, and Katie Inlow, and countless friends. He was predeceased by his guardian angels who surrounded him with love and guidance; grandparents, Fred and Winnie Murray, Mere and Barbara Langham; uncles, Fred Murray, Bud Silke, and Don Langham; aunts, Eleanor Wilbur, Marie Silke, and Marguerite Hoerger. Friends are invited to visit the family from 5-8 p.m. on Thursday, Feb. 11 at Langham Funeral Home LLC, 75 E. Genesee St., Auburn. A Mass of Christian burial will be at 11 a.m. Friday in St. Alphonsus Church. Burial will be at a later date. In lieu of flowers, contributions may be made to the Finger Lakes Humane Society (SPCA) for his love of animals, to the Alzheimer's Association for the love of his mom, or to St. Jude Children's Research Hospital for his love of children. The family wishes to thank all the nurses, doctors, and staff who provided outstanding care and support to Dave and his family the past four weeks at St. Joseph's Hospital. A special shout out to the MICU and Floor 25. Please visit Langhamfuneralhomellc.com to leave your condolences for the family.

Share Your Memory of
David
Upload Your Memory View All Memories
Be the first to upload a memory!
Share A Memory