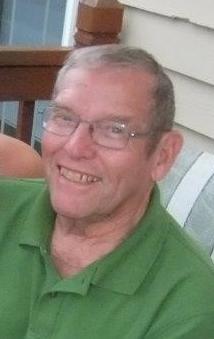 Richard J. Jones, "Dick", 83, of Bluefield Manor, Auburn, died Friday, March 4, 2016 at Auburn Community Hospital . Born in Watertown, NY he was the son of Maurice and Helen Annand Jones. He grew up in Watertown and graduated from Watertown Immaculate Heart in 1950 and SUNY Cortland in 1954. Richard served two years in the Army, honorably discharged in 1956. He taught Physical Education in Watertown and at East High School in Auburn where he also coached a number of sports, including Wrestling, producing sectional and state champions. Richard was Athletic Director at Skaneateles CSD and served as Athletic Director for the Auburn School District from 1981 until his retirement in 1989. After his retirement, he was active in volunteer work with Habitat for Humanity, Meals on Wheels and the Auburn Soup Kitchen at Sts. Peter and John. Richard married the love of his life, Joan (Halladay) on October 3, 1959 and remained in Auburn where they raised a family. They enjoyed summers in the Thousand Islands with family and friends for years and boating and fishing on the St. Lawrence River and on Owasco Lake. As noted in his high school yearbook, he was a good soul and loved by all – this was true to the end for all who knew him. Richard is survived by two sons: Thomas M. (Dianne) Jones and Peter A. (Heidi) Jones; and six grandchildren, Kenneth, Christine, and Eric Jones and Natalie, Madeleine, and Isabella Jones; and a sister Doris (Fred) Hall. He was predeceased by wife Joan in 2008 and by two sisters, Norma Lakely and Maureen Jones. Calling hours will be Friday March 11 from 3 to 6 pm at Langham Funeral Home, 75 E Genesee St., Auburn. Funeral Services will be Saturday, 2:30 pm at Sts. Peter and John Episcopal Church, Auburn. Contributions to Cayuga County Habitat for Humanity, PO Box 1903, Auburn or Soup Kitchen at Sts. Peter and John Episcopal Church, 169 Genesee St., Auburn. To leave a condolence for the family please visit www.Langhamfuneralhomellc.com

Share Your Memory of
Richard
Upload Your Memory View All Memories
Be the first to upload a memory!