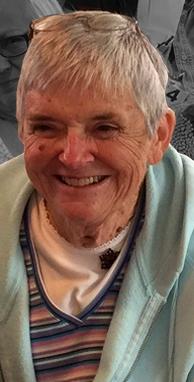 Carol Ann Cooper, of Camillus, passed away peacefully at St. Joseph's Hospital surrounded by family on Tuesday, July 12, 2016 at the age of 74. Carol is survived by her brother, Mr. William Cooper of Port Byron, a wonderful Aunt, Mrs. Doris Bender, of Auburn, NY, as well as, two nephews and several cousins. She is preceded in death by her parents, Lewis and Gertrude Guyett Cooper of Auburn, her brother, Mr. Edward Cooper of Skaneateles, her Aunts, Mrs. Alice Koon, Mrs. Margaret Mahoney, Mrs. Dorothy Gunsalus, Mrs. Edith Silvera and one uncle, Mr. Robert Guyett. Carol was proudly employed as a teacher for West Genesee School District from 1970 until her retirement in 2002. She taught 2nd grade her entire career; starting at Warners Elementary and then transferring to Stonehedge Elementary in 1984. Following her retirement she indulged deeply in her love of antiques – she was an avid collector and seller of fine and rare antiques. You could find her often at local auctions and was known to be a formidable opponent to bid against. She was a dealer at the Syracuse Antiques Exchange, as well as, having a very successful eBay business selling antiques. Carol was involved with the Seward House Museum and of the Willard Memorial Chapel and the Community Preservation Committee. Though she was a very private person, she will be remembered as a generous, thoughtful person who had a great smile and always offered kind words. A funeral is scheduled for 10:00am on Wednesday, July 20th at Langham Funeral Home, 75 East Genesee Street, Auburn. Rev. Matthew Binkewicz will officiate the ceremony. Burial will follow at Soule Cemetery in Sennett. In lieu of flowers, please send donations to Willard Memorial Chapel or Seward House Museum. Carol's family would like to thank her close friends, and the many wonderful nurses and doctors at both Crouse Hospital and St. Joseph's Hospital for their support and care of Carol. To leave a condolence please visit www.Langhamfuneralhomellc.com

Share Your Memory of
Carol
Upload Your Memory View All Memories
Be the first to upload a memory!