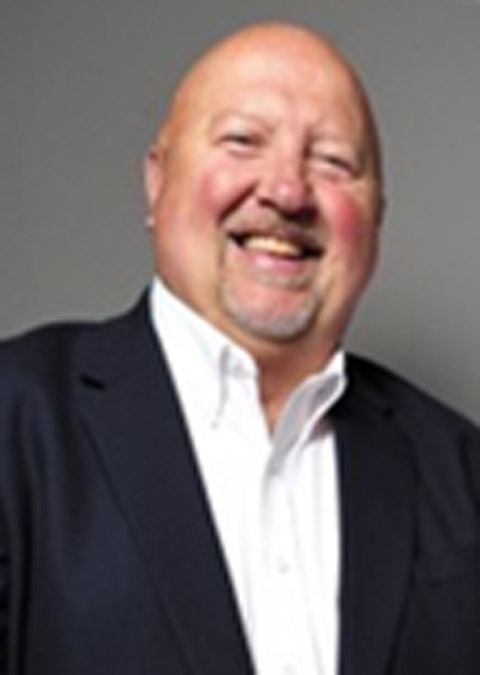 Jim was born October 27, 1951 in Salem, OH to the late Orlan J. and Annetta J. (McClintock) Courtney. In addition to his parents Jim was pre-deceased by his brother Jared, Uncle Forrest and Thelma McClintock, Don and Muriel McClintock.

After the passing of his dad when Jim was only four, Annetta, Jim and his brother Jared went to live with his beloved grandparents, Erle "Gint" and Nellie McClintock in Lisbon, OH. "Gint" would impart strong character values and words of wisdom to his grandsons. Jim's favorite quote was, "Sometimes the hardest thing to do is the right thing to do." Jim carried his grandfather's advice and applied it throughout his life.

Jim began his long career with the YMCA as a teenage camp counselor in PA and completing it as the CEO of the Auburn YMCA in 2008, working in several Y's from FL to NY along the way. It was during those years that Jim's leadership, management "you're either a part of the solution or part of the problem" style, and the visionary goals with unique ideas helped him lead the Y-team to build the vital space the Auburn YMCA has become today. He was admired. He was ever present and knew everyone who walked through the doors at the Y, greeting them with his infectious smile. Many would say that Jim influenced so many people simply with his "Work Hard, Play Hard attitude". He would often say "do what you need to do now so you can do what you want to do later". He led by example. After Jim's retirement he became a consultant for the YMCA of the USA offering his expertise to organizations facing difficulties. The Auburn Y recently dedicated the main gym as the "James M. Courtney Gymnasium" to honor the man who dedicated so much of his life to the organization. Jim LOVED what he did and was happy to go to work every day!

Jim had a generous heart for giving back to the community that he loved. Some but not all of his involvements were being a former member, President, Group Study Exchange Chair, Foundation Chair of Rotary as well as a recipient of their Paul Harris Fellow. He was a member of United Way twice co-chairing their fundraising campaigns, past President of the Auburn Chamber of Commerce, former board member of Leadership Cayuga, Emerson Foundation, Tomatofest and Auburn Doubleday's. Jim helped establish the "Bon-Ton Roulet," a bike tour of the Finger Lakes Region which attracts hundreds of tourists from all over the USA and abroad. Jim's hours of volunteering for many, many events was a loving gesture of his commitment to the community.

Jim enjoyed sports and formed many life long friendships while participating in his favorites: basketball, running, golf and racquetball. In high school, he played basketball and was honored as a 1st Team All-State Player, and twice awarded All Tri-County Player. Jim was honored by his high school in later years by being one of the first group inducted into the Lisbon Alumni Hall of Fame. He continued his basketball career, while earning his Bachelors Degree, playing for the Purple Raiders of Mt. Union College where he became one of "Doc"s Boys"(a remarkable group of men who are still connected to this day). Jim's love of the game continued as he helped coach youth basketball with the Auburn CCYO as well as the AHS Freshman Boys Team for a time. He LOVED teaching the fundamentals of the game and watching the young athletes develop their skills over the years. He was a beloved coach on many levels sharing his time, talents, and energy with Auburn's youth. Jim's greatest joy was watching and passing along his love of the game to his son Chris who now mentors players in SC. Jim, Shelly and Grandpa Ormie never missed one of Christopher's games...near or far, even one time getting a pass for Jim to leave the hospital in Rochester, for a few hours, so that he could attend Chris' Senior Night at Wells College.  Chris says, "he's the greatest dad a kid could have!"

Jim enjoyed running locally with a group known as the "Noon Time Running Club" where he was known as "The Big Kahuna!" They are a great group of friends who would head out from the Y at lunch time for a run and conversation. Jim also completed several marathons in his life, twice running the Marine Corp Marathon and also the Pittsburgh to name a few.

His love of golf and racquetball started later in life. He loved grabbing his clubs and heading to any course with friends. Jim had the pleasure of scoring a hole-in-one at Tanner Valley. On Monday nights in the fall//winter you would find Jim on the racquetball courts playing in the Monday Night League. It was a challenge playing Jim as his wingspan just about covered the court from side to side making it difficult to get a shot past him.

Family and friends knew Jim as Court, Jimbo and The Warrior! He lived life in public and private to the fullest and enjoyed nothing more than spending time with family and friends, or making new friends. Some things you may not know about Jim are that his favorite movie was "It's A Wonderful Life." His favorite songs were "What A Wonderful World" sung by Louis Armstrong and "Somewhere Over The Rainbow" sung by Eric Clapton. He loved to read and his favorite books were any mysteries like the Jack Reacher Series by Lee Child. He loved seafood especially if he was sitting by the ocean. His favorite candy was anything "hot" and he would be more apt to chew Fireballs rather than let them dissolve slowly. He loved Van Morrison and Jimmy Buffet and never shied away from a dance floor. He enjoyed a cold Budweiser or a Drambuie on special occasions. He was a dedicated fan of the Pittsburgh Steelers and "Thee" Ohio State Buckeyes! Jim would cheer his teams on so fervently that his dogs would run and hide! He was always up for a new adventure and encouraged others to explore and try new things.

Jim is survived by his wife Michele (Shelly King); and his son Chris whom he described as "the two greatest loves of his life." Chris' partner Renee Bartosz, and Baby Courtney who is due to arrive in July. Jim was so excited to know he would be a grandpa and promised to watch over the little one from heaven. He is also survived by his in-laws Ormie and Helen King, Denise and Tom Bennett, Ormie and Judy King, Jeff King all from Auburn. As well as many nieces, nephews as well as a great niece and nephew. There are also very special aunts, uncle and cousins and family that will miss him greatly. In his hometown of Lisbon, OH Jim leaves his dear friend and cousin Nola and Gerry Carman, cousin Greig McClintock, Don and Meg McClintock of Hilton Head, SC as well as many extended family members and lifelong friends.

Jim loved his Ohio roots and the Auburn community and surely would love each of us to make our communities a better place to live. Just as he did.

Due to COVID 19 restrictions, services will be held at a later date when we can all gather safely and celebrate Jim's wonderful life.

To send flowers to the family or plant a tree in memory of James Courtney, please visit Tribute Store