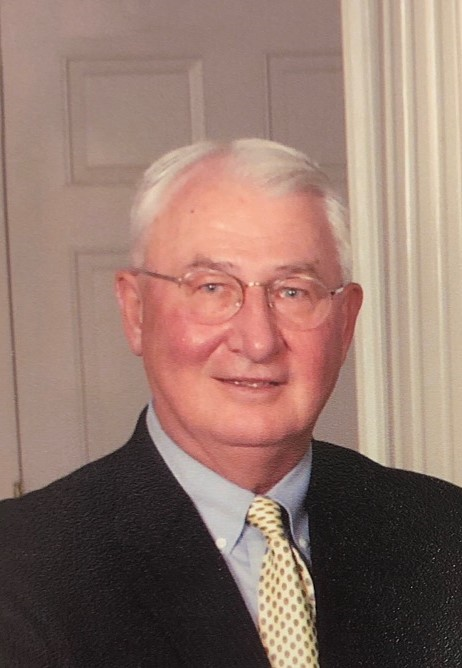 Please share a memory of John to include in a keepsake book for family and friends.
View Tribute Book
John (Jack) McLane passed away peacefully at his home on February 20, 2021. Jack was born in Auburn New York on August 7, 1943 to William and Ruth O'Connell McLane. He was a graduate of Mount Carmel High School, Class of 1961. He received a Bachelor of Arts degree from Niagara University, Magna Cum Laude, in 1965. He then obtained his Juris Doctor degree from Columbia University Law School, Cum Laude, in 1968. Jack began his professional career by serving as a confidential law clerk to the Hon. Edmund Port, United States District Judge, from 1968 to 1970. He joined in the private practice of law with his father-in-law Edward T. Boyle, brother-in-law Alex Lipski and the late Herb Anderson. In 1970. He practiced law in New York State since that time, proudly celebrating 50 years with the firm that became known as Boyle and Anderson P.C. Jack was a member of the New York State Bar Association and the Cayuga County Bar Association. He was admitted to the U.S. District Court, Northern District of New York in 1969, U.S. Second Circuit Court of Appeals in 1970 and the U.S. Supreme Court in 1973. He was appointed and served as a United States Magistrate Judge, Northern District of New York, from 1971 to 1979. He was the confidential Court attorney to the Hon. Peter E. Corning of the Cayuga County Court from 1983 to 2006. During his distinguished legal career Jack received various professional awards and recognitions from his peers including the United States Court achievement award, listing in Who's Who in American Law. He was annually chosen by his peers as one of the "Best Lawyers in America" from 2013 to 2021. He was also selected to serve on the Merit Selection Panel for the Selection and Appointment of United States Magistrate Judges for the U.S. District Court. Jack loved Auburn and continually sought to serve his community. His past charitable and community involvement included but not limited to: Cayuga County Big Brother (Officer and Director, American Red Cross (director), YMCA-WEIU (Officer, Director,Trustee), Cayuga Country United Fund (Director), Central New York Regional Planning and Development Board, member of Crime Control planning Committee, Schweinfurth Memorial Art Center (Treasurer &Director). He was a past President and Director of the Cayuga Country Community College Foundation. His current community involvement proudly included President and Director of the Columbian Foundation, Vice President, Director and Assistant Treasurer of the D.E. French Foundation, Secretary and Director of The Stanley W. Metcalf Foundation and a Trustee of the Fort Hill Cemetery Association. Jack is survived by his wife of 52 years Kathy (Boyle) McLane. They met at a high school dance on April 9th 1961 and have been together ever since. In addition to his wife he is survived by his four children, Daniel McLane and his wife Heather of Sewickley PA, Molly McLane and her husband Christopher Valli of Chatham N.J. Douglas McLane and his wife Celia from Hingham MA and Mary Claire Pineau and her husband Mark of Auburn N Y Jack delighted and enjoyed every moment in the company of his 12 grandchildren, Mackenzie, Connor and Colin McLane, Ronan and Finn Valli, Will, Catie, Henry and Tess McLane and Jack, Mary Alice and Anderson Pineau. He is also survived by his sister Kathleen Cooney (Richard), and his sister–in-law and brother in law Mary Alice and Alex Lipski, nieces, nephews and cousins of the extended Boyle, McLane and O"Connell families. His parents, his in laws and his brother Mark predeceased Jack. Due to current COVID restrictions private family services will be held at the convenience of the family. Jack loved a good party, a great glass of wine, laughter and the companionship of his family and friends. A celebration of Jack's well-lived life will occur during the Summer of 2021. The world was a better place because Jack McLane was in it. In lieu of flowers, donations in Jack's memory may be made to Matthew House, 43 Metcalf Drive Auburn N Y 13021 or The Fort Hill Cemetery Association, 19 Fort Street Auburn N Y 13021. Please visit www.Langhamfuneralhomellc.com to leave a condolence or memory for the family.
To send flowers to the family or plant a tree in memory of John McLane, please visit Tribute Store

Look inside to read what others have shared
Family and friends are coming together online to create a special keepsake. Every memory left on the online obituary will be automatically included in this book.
View Tribute Book
Services for John McLane
There are no events scheduled. You can still show your support by sending flowers directly to the family, or planting a memorial tree in memory of John McLane.
Visit the Tribute Store