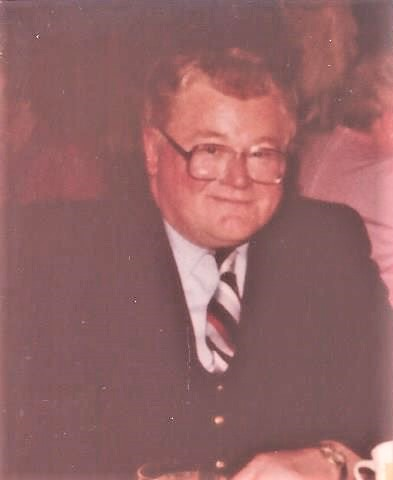 Please share a memory of Walter to include in a keepsake book for family and friends.
View Tribute Book
Walter Miner Lowe, Jr., 84, of 15 Taber Dr., Auburn passed away at Auburn Community Hospital on November 19, 2021. Born in NYC, he was the son of late Walter Sr. and Florence Lowe. Walter was a 1958 graduate of Fordham University and an army veteran serving his country from 1958 to 1964. Walter was employed with Federal Reserve Bank as a bank examiner prior to many banks in the Auburn and Syracuse area, including Marine Midland Bank as a Senior Trust Officer, Fleet Trust Company as a Vice President and Manager in the Trust Department and Cayuga Bank where he was the Senior Trust Officer. He was a member of the board of directors of the following: D.E. French Foundation, Stanley W. Metcalf Foundation, Seymour Library Foundation, E. John Gavras Center, E.J.G. Foundation, Cayuga Home for Children, Cayuga Museum, Faatz Crofut Home for the Elderly, Cayuga Counseling Service, and the Boy Scouts of America. He was also on the Board of trustees for the YMCA-WEIU. He was a member of the ELKS Club and the YMCA-WEIU Health Club and enjoyed all sports, especially watching his grandchildren participate in their sports activities. He is survived by his wife Shirley Forward Lowe of 59 years, three sons, Walter, Jeffrey (Deborah) and Michael all of Auburn, a sister Frances Goldbach of Welles, ME, a nephew Charles Goldbach of Matawan, NJ, a niece Kathryn (Robert) McDonough of Groton, MA and eight grandchildren, Brett, Abbigail, Lauren, Lainey, Cameron, Chad, Caitlin and Madison Lowe. He was predeceased by a half-brother Walter Tracy and brother-in-law Charles Goldbach. Calling hours are Friday November 26 from 4-7 with a service at 10am on Saturday at Langham Funeral Home LLC, 75 E. Genesee St. In lieu of flowers, donations can be made to Auburn High School Hockey and mailed to Auburn Athletic Office, AHS Hockey, 78 Thornton Avenue, Auburn, NY 13021, or Finger Lakes SPCA of CNY, 41 York Street, Auburn, NY 13021.
To send flowers to the family or plant a tree in memory of Walter Lowe, please visit Tribute Store

Look inside to read what others have shared
Family and friends are coming together online to create a special keepsake. Every memory left on the online obituary will be automatically included in this book.
View Tribute Book
Services for Walter Lowe
There are no events scheduled. You can still show your support by sending flowers directly to the family, or planting a memorial tree in memory of Walter Lowe.
Visit the Tribute Store

Share Your Memory of
Walter
Upload Your Memory View All Memories
Be the first to upload a memory!
Share A Memory
Send Flowers
Plant a Tree